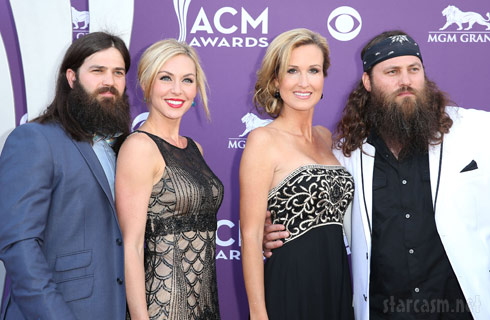 Willie Robertson stated once on an episode of Duck Dynasty that a school reunion was a great way to show off how smoking hot his wife is. Well, the same can be said for the Academy of Country Music Awards as Willie and little brother Jep were accompanied by their lovely better-halves, Korie and Jessica Robertson.

Red carpets and beards may not mix too well but Korie and Jessica helped those Robertson boys with a serious glamour upgrade yesterday. Korie, who’s always gracious with her fans on Twitter, revealed that her dress was by Sue Wong. 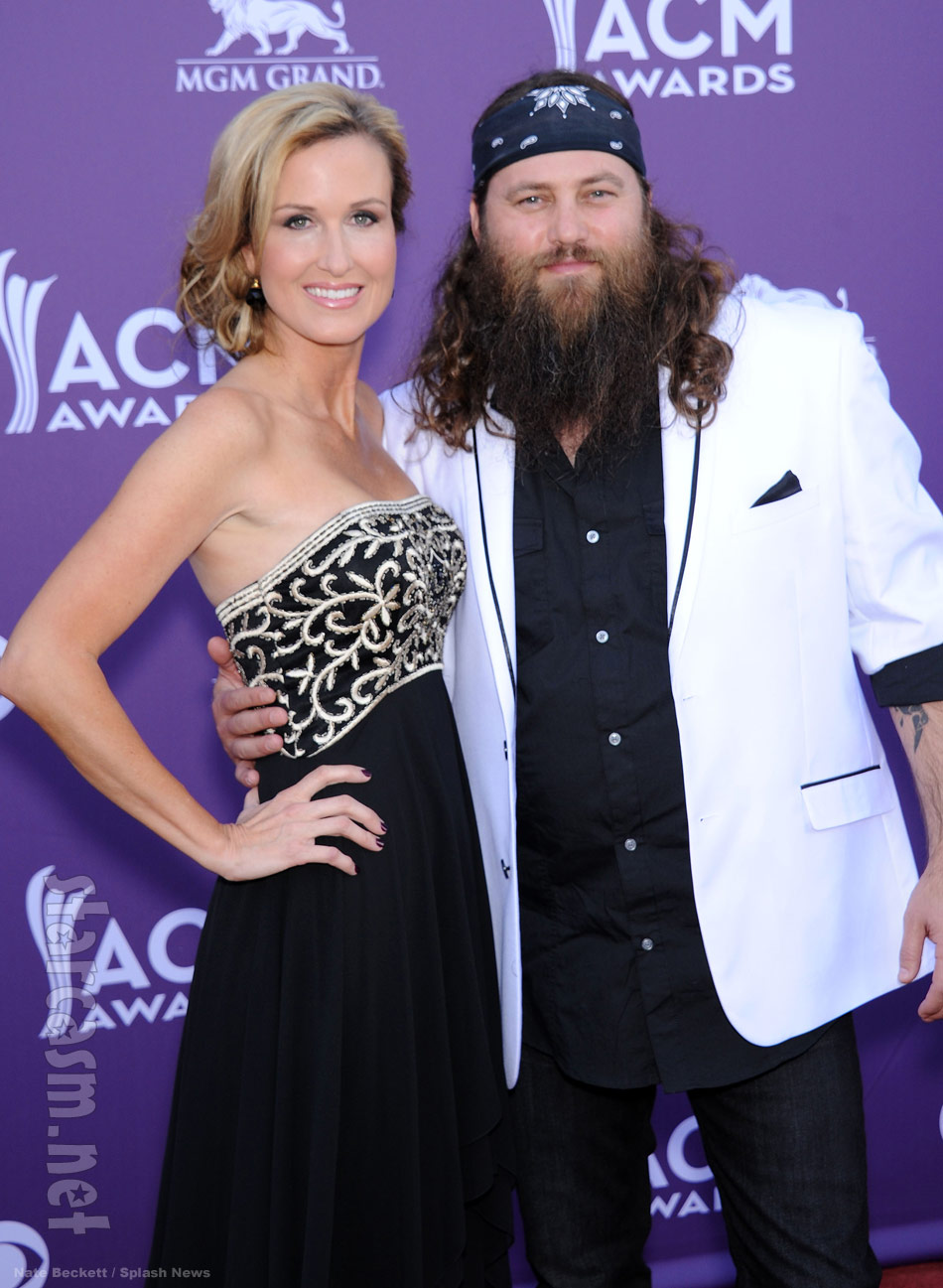 Korie and Willie presented the Male Vocalist of the Year Award to Jason Aldean during the telecast.

Jessica looked fabulous as well, as she held her own and then some with the biggest stars in country music. I love how Mrs. Kay’s admitted favorite son Jep has a little grin that seems to be saying, “Yep, I’m this lucky.” 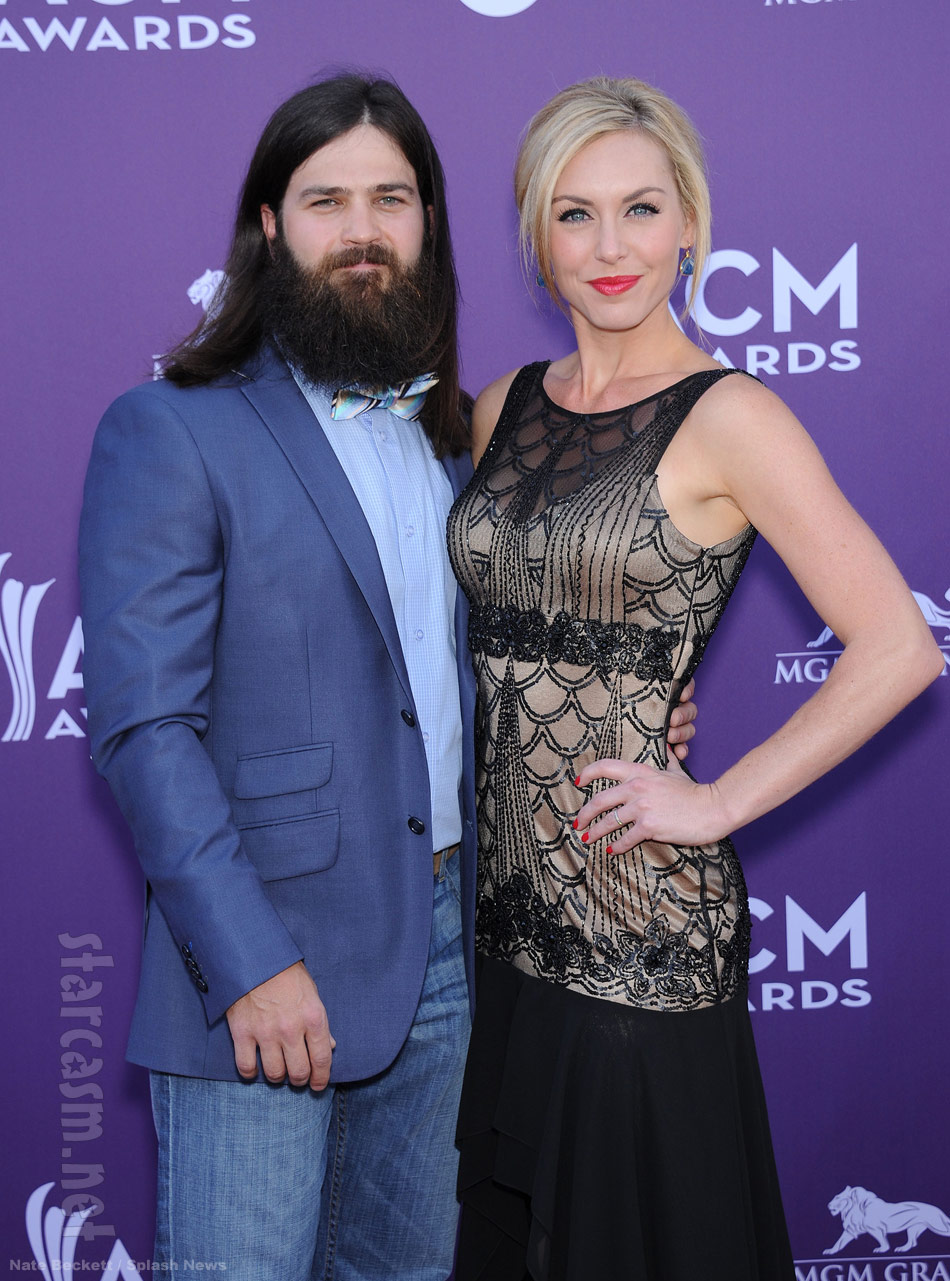 GAC caught up with the Robertsons after the show to discuss the popularity of Duck Dynasty. Korie also talked about how much they enjoyed being featured in Darius Rucker’s recent music video for his hit “Wagon Wheel.”

For some perspective on just how big the most popular reality show on cable has gotten, Sheryl Crow tweeted out the following while in attendance:

I saw @williebosshog (Willie Robertson) from #DuckDynasty and I was too star struck to say hi! My son will kill me!

Crow attached a pic of her son wearing a Duck Dynasty, “If It Flies It Dies,” cap.

It turns out that Sheryl wasn’t the only celebrity fan who was excited to see the Robertsons in person. Korie shared the following candid photo of herself and Jessica with Kelly Clarkson, making sure to note that Kelly’s a big fan of the show. 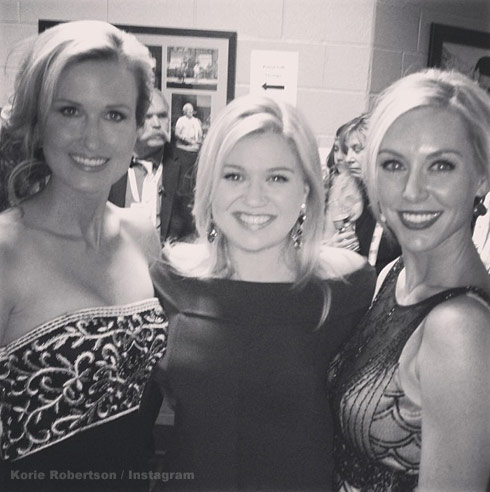