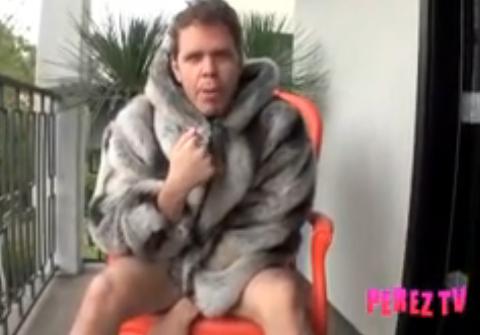 Perez Hilton has been under fire for tweeting what Earsucker unequivically states was a photo of Miley Cyrus’ exposed lady region.  Not one to back down from controversy we now have a video response from the self-titled “Queen Of All Media” that is sort of a back down but not really.  Here is the response (warning it involves almost naked Perezness and that “V” word):

“Do you think I’m stupid enough to post a photo of Miley if she’s not wearing any underwear down there?  No.  Sure, I like to be controversial but I don’t want to go to JAIL!”

I have to give it to the queen-guy, that was pretty funny.  This still doesn’t explain away how his tweet was so foreboding, “Warning: truly not for the easily offended.”  Sooner or later the truth will come unfurled as the many coats of layers are peeled away on this story.

Did Kylie Jenner give birth already?