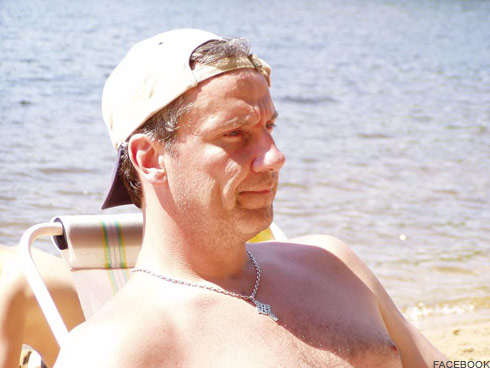 Tonight’s the night for ABC’s The Glass House to premiere. Even before a judge gave the go-ahead in ABC’s court battle with CBS to air the show the network began streaming live feeds to help eager fans get to know the 14 contestants who will be vying for $250,000.

During one of these streams the house guests (okay so maybe this is like Big Brother) were asked to discuss their biggest regrets. Mike from Boston, who is a Bar Mitzvah or Bat Mitzvah DJ revealed a rather troubling incident that already has many people looking to send him home.

Here is the clip of that stream as DJ Mike Love, Mike McCarthy, comes in at the 2:00 mark with a graphic tale of a highway incident involving a family of bunnies that goes terribly wrong. (Warning – there are some graphic details):

In case the vid gets removed or if you’re in a spot where you can’t catch this here is what he had to say:

I stopped my car and I got out and I looked behind it and I hit this bunny, this big bunny. I was like, “Oh my God,” and so the bunny was moving on the road and was still alive… I just didn’t know what to do. He was suffering so I thought the best move would be to put him out of his misery. So I got in my car and I backed up over it. And I looked in front and he was still moving. And so I went over it again. And I went back and forth like several times and I couldn’t kill the thing…

I look over to the side of the road and there is like 12 or 13 little baby bunnies.. I hit the mother! I’m responsible for not only this thing in the road but I’m responsible for all the babies. So I just couldn’t live with that so I got in my car and I ran over the babies too. So I killed them all. Today it bothers me that I did that. No you’re not going to get me to cry. That’s it. I killed them all. Goodbye.

Outside of The Glass House the viewers have all the power so this could be a deadly blow for Mike’s hopes in the house. It’s always interesting to see how the shows edit together their footage. Will ABC leave this gruesome tale out? We’ll have to wait until tonight, or later, to find out I suppose.