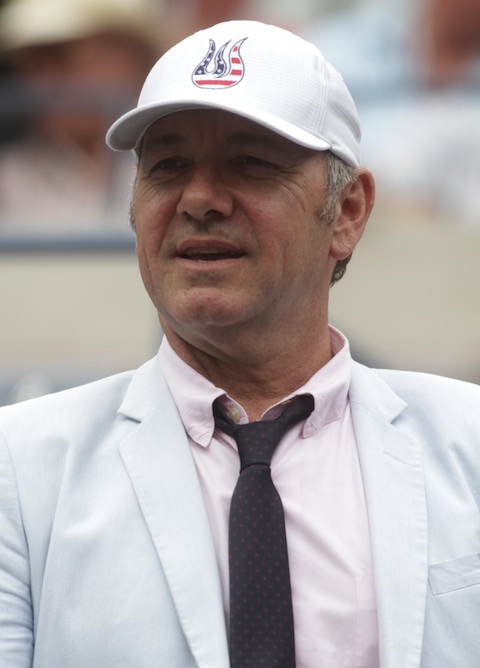 Kevin Spacey is a master entertainer and an impersonator extraordinaire. He’s made good use of Jimmy Fallon’s show and the Wheel of Impressions before, but I dare say the Halloween exchange of impressions was a lightning round for the ages.

And not just because Spacey does a dynamite Bill Clinton impression, either. No–it’s arguable that his Clinton, which is already strong, is actually the weakest of the four (four!) that Spacey does during the bit.

His Johnny Carson is dead-on, and features a nice little meta-reference to The Tonight Show that goes over most of the audience’s head. He drops an obligatory and well-crafted Christopher Walken, and manages a sly use of the word “underwear” to boot (though, given the medium, “underpants” would have been an acceptable and worthwhile substitution). And he ups Fallon’s Michael Caine like it ain’t no thang-e. Because it ain’t, because he’s Kevin Spacey.

And no, those aren’t spoilers; you’re still going to be blown away. Here it is to check:

OK, maybe “sings” isn’t quite the right word for what Kevin Clinton does to the Ghostbusters theme. “Feels the pain of” would probably be more accurate. Still–it’s a great rendition. Right, guys? All in favor of turning this Friday into Halloween 2, leave a comment below.