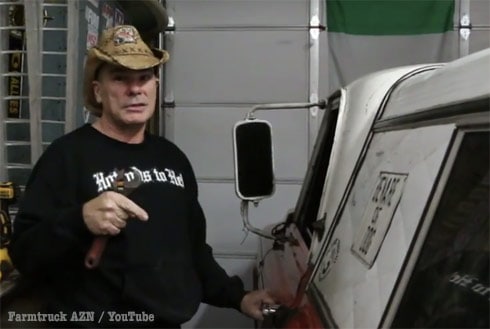 Street Outlaws: New Orleans is doing its best to hang with the original Street Outlaws from the 405. While they’re doing okay coming off the line in the ratings, Kye Kelley and his boys have been getting a lot of blow back from loyal fans of the original Discovery hit show.

Sean “Farmtruck” Whitley, one of the most popular grudge racers from Street Outlaws, hit the switches today to further ignite a little reality TV sibling rivalry as he called out the NOLA crew for “missing something.”

The Facebook version of the clip has already been shared over a 1,000 times. Here’s a couple of the replies from fans:

– When are y’all going to race New Orleans? Cause I clearly remember chief saying he’d follow Kye Kelly everywhere. He’s got the crow mod now and I haven’t heard of one 405 call out to them. Just seeing a whole lot of track time. Thought the 405 were street racers.

– Been ready for Farm Truck. Real racers coming to Orleans. Hitch those britches up high!

Towards the end of the clip Farmtruck says, “We’re going to New Orleans to race those guys and hopefully they got a truck somewhat similar to this one and we’re gonna get it on.”

Don’t know about “similar,” but here’s a clip from Da Pad featuring a Chevy-for a little taste of the Big Easy: