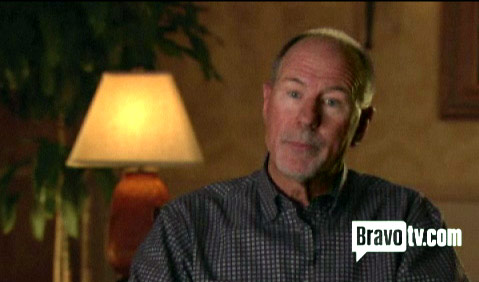 RHOC star Vicki Gunvalson’s marriage fell apart last October, shortly after the couple renewed their vows in a tearful ceremony in the gorgeous Turks and Caicos. We watched Vicki grow increasingly distant from Donn on Season 6, and watched as she told her friend Tamra she filed for divorce. During an emotional drinks with Tamra, she forgot the reality show cameras were there, and revealed some intimate details about how her marriage to Donn fell apart. She explained that it was easier for her to be apart from Donn, and that they hadn’t had sex in two years.

Vicki later expressed regret to E! Online at being so open about sharing intimate feelings on national television:

“I hurt Donn a lot by exposing all of the things that I did, which I never meant to do. The unfortunate part is I started talking to Tamra [Barney] in confidence, and you tend to forget that there’s a microphone on and she’s like, what’s wrong with you, what’s wrong with you, what’s wrong with you? You’re not yourself. And I just started unloading. And the cameras caught it…Tamra and I don’t see each other that often…I really kind of felt it was a therapeutic thing to discuss it. I really thought maybe—I wasn’t sure how my life was going to unfold. Maybe it’s just a little hiccup we are in, or maybe it’s more than that. So you know they’re there. You film a lot and you don’t know what’s going to stick.”

The Season 6 reunion special, which airs Sunday night at 10 pm EST, includes a videotaped message from Donn to Vicki, and the Real Housewives of OC audience.

Donn says he was in the dark about the impending divorce until the processor showed up at his door with the divorce papers. He also said he took their wedding vow renewal in Turks and Cacos very seriously, but he did not think Vicki made any effort to spend more time with him. “It would appear to me that she wanted out of the marriage, plain and simple. I’m watching it, just like you’re watching it. Looks like it to me. It was typical Vicki: Vicki orchestrated it, Vicki made up the rules, Vicki did it her way. [throws up hands] That’s how Vicki rolls.”

The jilted husband also considered that Vicki might have been inspired by her friend Tamra’s divorce, and the new exciting relationship with Eddie Judge that followed.

He also felt that Vicki should feel bad for not treating Donn with “class and dignity.” Vicki responded that everything Donn said in the video was “100% right on” except the influence of Tamra’s life on Vicki, she also admitted that she was an “iceberg” towards Donn and wouldn’t have accepted his affection if he had offered it. Tamra was also in tears at seeing Donn hurt and upset.