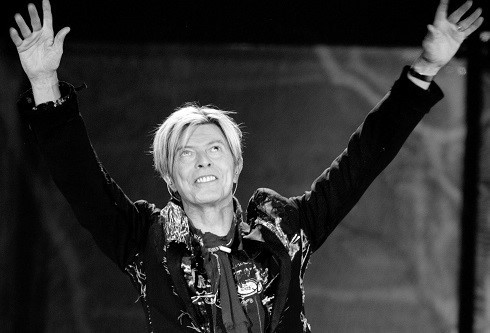 The tributes to departed creative genius David Bowie just won’t stop coming. He’s even had a constellation (okay, not really — it’s called an “asterism”) named after him.

In this week’s “David Bowie is so genius that literally everything he did is amazing” news, we hear from Coldplay, who won NME’s Godlike Genius Award this year. The GGA is meant to honor “music’s biggest pioneers,” and previous winners include U2, Blondie, and The Cure. Jonny Buckland and Will Champion got together to discuss this honor — which, shockingly, was never awarded to Bowie — and fondly discuss Bowie’s influence on them:

As Will Champion recalls, they asked Bowie to sing in a song of theirs once:

We once submitted a song to him, to say, ‘Would you please sing on this song?’ Because…we had a sort of David Bowie-type character. And I think Chris [Martin] phoned him up or wrote him a letter saying ‘Please sing in it.’

So far so good. Collaboration between two incredibly popular British acts? Perfect! Only, not so much. Champion continues:

Lest you think the band has any hard feelings, they don’t. In fact, they appear to agree with Bowie that their song was rubbish. Champion fondly muses:

He was very discerning, you know. He wouldn’t just put his name to anything. So, I’ll give him credit for that.

Chris Martin told a similar version of the story at the 2014 BBC Music Awards:

One time I sent him a song to ask him to sing on it. He called me and said, ‘It’s not one of your best.’ He’s got very high standards and I appreciate that. It inspires the rest of us to keep our standards high.

So there you go. Only David Bowie could diss a song by one of the most popular bands in the world and still have that band love him to pieces for it. Rock on, Bowie.

VIDEO Willie Nelson overshadows Coldplay with their own song during Grammys