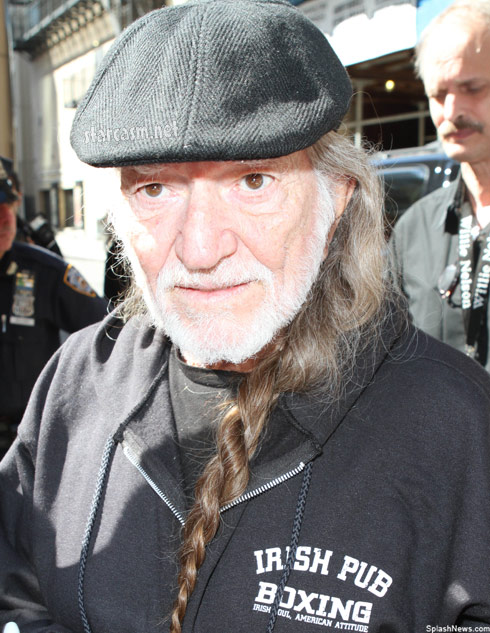 Last night’s Grammys was a seriously star laden affair with veterans Paul McCartney, Bruce Springsteen, and a reunited Beach Boys joining the likes of newcomers Adele and Taylor Swift. With all of these mega-names British band Coldplay got somewhat lost in the shadows and to make matters worse were topped by a commercial that followed their performance.

In an animated piece for Chipotle Cultivate Foundation, veteran Willie Nelson performs Coldplay’s song “The Scientist” in an extremely endearing fashion as we see a farmer making the decision to raise his animals in a more sustainable way. It was a killer spot and had a lot of folks tweeting about it.

The song had been available online since August but hey, I love me some Willie and this line of work has me online quite a bit and I was unaware of its existence until its prime time premiere last night. It was a clever bit of timing to have the 2 minute spot air directly after Coldplay’s performance. Sadly for the band, however, in many people’s opinion the ad and Willie’s version outshone their live performance of the songs “Paradise” and “Princess of China.”

While many would take that as a slight at the band who’s become a hipster target for criticism, I say it’s Willie freakin’ Nelson here. I was more moved by the ad too, but that’s no cold play on Coldplay this is just The Red Headed Stranger we’re talking about here. Bust on the band all you want, but there’s no shame when a living legend like Willie can take one of your songs and out shine you. Bottom line, Willie did their song, which makes them cooler than any hipster could ever dream of being.

Here is the fantastic spot in question:

If you have any further questions about the cred of Willie Nelson, I suggest you just ask Snoop Dogg.