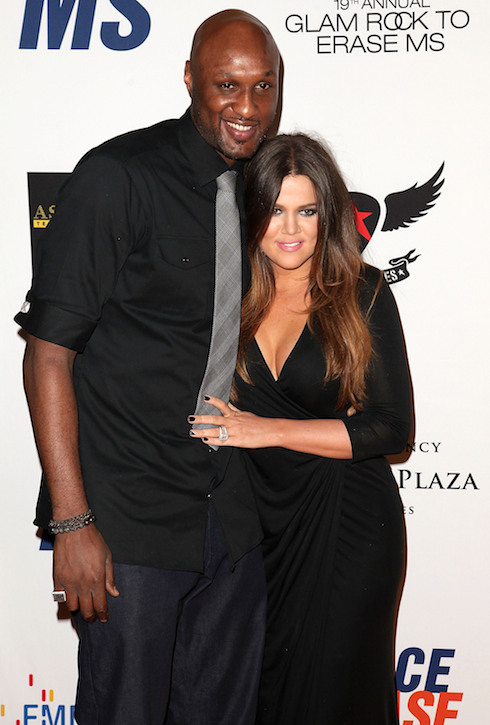 The latest Lamar Odom update is another positive one: Following what several doctors and medical professionals have called a “miracle” recovery, Lamar Odom has been airlifted to Los Angeles for further treatment.

The airlift was confirmed both by friends of Odom’s and by Odom’s family, which released a statement to the effect that Odom was no longer hospitalized in Las Vegas following last week’s drug overdose and seizure. The family further confirmed that Khloe Kardashian, Odom’s estranged wife, accompanied the former NBA star to his new hospital.

“Lamar still can’t walk,” a hospital source told People, “but has left the hospital in a bed.”

Another source discussed the incredible upswing in Odom’s health–just days after he was given little chance of living.

“He’s responsive,” said the source, “but there are so many things that could go wrong right now, and the doctors have still been guarded. Khloé has been praying a lot, both to herself and out loud to Lamar. She wants him to know that she’s still on his side, and that everyone is praying for him….[His kidneys are] very damaged and there is talk about him needing a transplant down the road, but that’s a long way off.”

As Odom’s condition continued to improve and news of his improvement spread, several prominent family members shared their well-wishes via Instagram:

I have faith in you. I believe in the power of prayer and positive energy! Thank you all for your prayers! Lammy- I’m so happy Kendall & I could make you smile today! God is good!

Come on Lamar!!!! You are such a champion… I know you got this…. #ourfighter #pleasepray #love #thatsmileiseverything   A photo posted by @krisjenner on Oct 17, 2015 at 9:07pm PDT

Khloe Kardashian and Lamar Odom’s divorce to be dismissed imminently