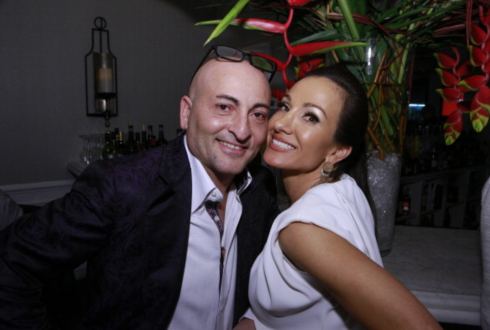 Real Housewives of New Jersey‘s Rino and Teresa Aprea’s relationship is already kind of complicated: they were married for 7 years, divorced, and remarried 11 years later, but Victoria Gotti claims the situation is even crazier than that.

Gotti, who is friends with Teresa Giudice stopped by to gossip with Teresa and Amber Marchese about Rino’s alleged affair. She says she knew Rino after his divorce, and thought he was a very nice man, but one night she says he confessed to a group of people that he cheated on Teresa with her mother Santa.

“He started talking about his divorce,” Gotti told Teresa Giudice and Amber Marchese. “And he tells me this crazy story and he said, ‘It’s something she will never forgive me for,’ and I said, ‘You cheated…’” Gotti continued, “He says, ‘Well, it’s who I cheated with.’ I go what her sister? He went, ‘No.’ And I said who then? What would make her —” “He just looked at me and he said, ‘Her mother,’” Gotti said. She said he had not been drinking, and he told he wasn’t joking. She also says she wasn’t the only person who heard this.

Rino responded to the rumor via Twitter: “This is a salacious story that has been manufactured to cause hurt to my family. I will not play into this! My wife and son are my life!” Teresa has previously stated that her husband never cheated on her.

Teresa and Rina first got together when she was 18, and they were divorced by the time she was the 28. “We got married again because I always loved him, and he always loved me,” Teresa explained. “So, that was never an issue despite what people may say, and the rumors that fly out there, gosh. I’m not saying that he didn’t screw everything that walked when we were divorced. Oh my gosh, he screwed every stripper possible. I don’t care. He’s a guy, let him do it. I love him.”