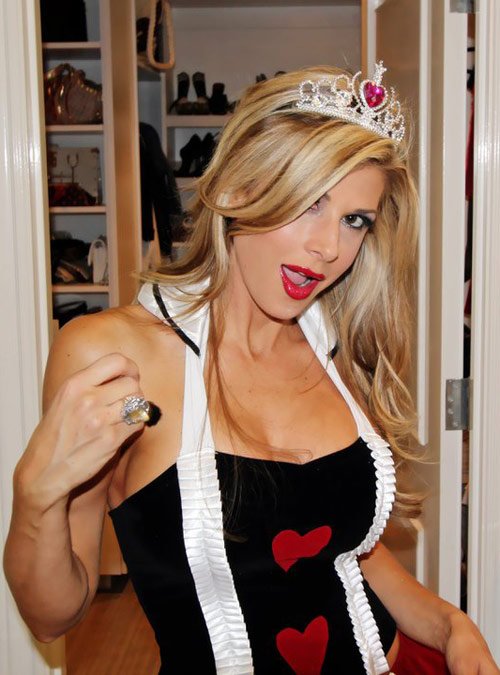 I never thought I’d be saying this, but I think The Real Housewives of Orange County‘s Alexis Bellino is giving Kim Kardashian a run for her money!

Both women celebrated Halloween Alice in Wonderland style by donning racy lacy Queen of Hearts costumes and both women pulled it off wonderfully! Here’s a little side-by-side for comparison: 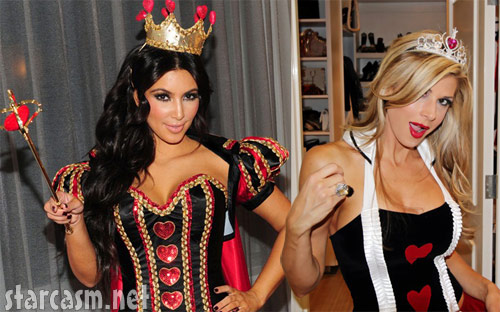 Granted, Kim’ costume is a little more ornate and Kim is Kim Kardashian, but even so, I think these are in the same ballpark don’t you? Sort of like choosing chocolate or vanilla. Actually, what we need is Julianne Moore and we could have scrumptious serving of Queen of Hearts Neapolitan! (CLICK HERE to see Kim’s full-length photo)

I digress. This post is a kudos post to Alexis Bellino who looks absolutely fantastic in her Queen of Hearts costume! She’s absolutely drop-dead sexy without being vulgar – I’m sure her husband Jim approved 🙂

Just in case the photos in this post weren’t enough Alexis BeQueeno Hearts for you, you can check out her fun Halloween video she uploaded to her Facebook profile which has a nice message from Alex and a great up-and-down look at the Queen costume! I managed to cobble this composite image together from the video: 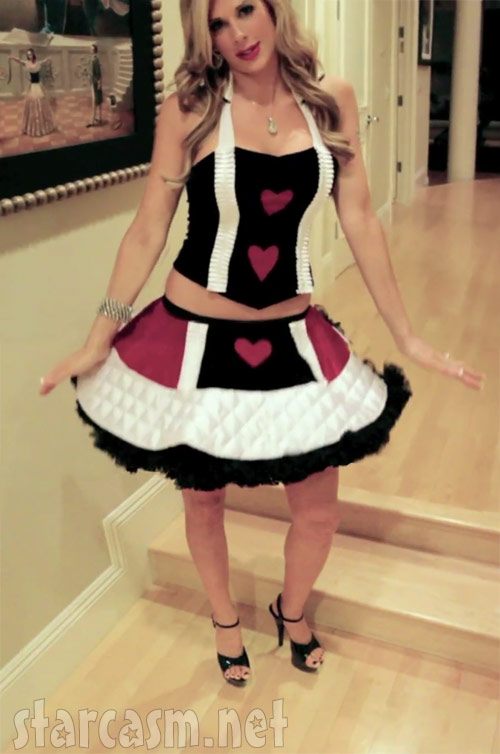 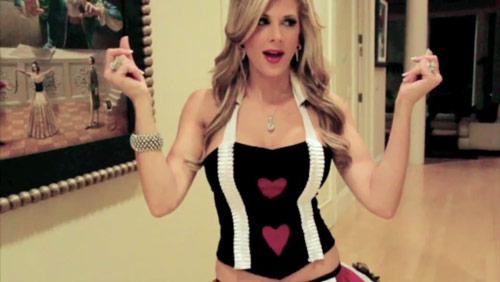 Oh, and Alexis wasn’t the only Bellino having fun this Halloween! Check out her children all face painted for the season while taking a trip to the ol’ pumpkin patch: 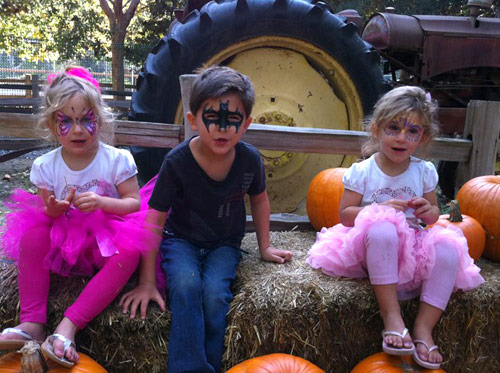 From the sound of things the Orange County franchise is shifting over to a more Tamra and Alexis-centric cast with the addition of Brazilian booty babe Fernanda Rocha and spokesmodel Peggy Tanous. I’m really looking forward to it!