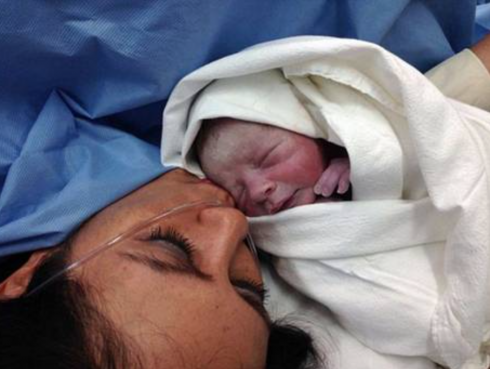 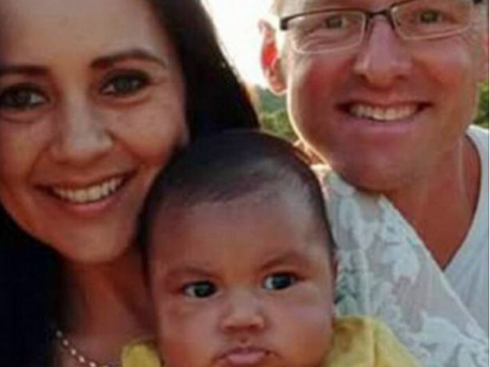 UPDATE! Mercedes and Richard were reunited with their baby, named him Moses

This May, Dallas residents Richard Cushworth and Mercedes Casanellas traveled to El edalvador so Mercedes could give birth in their home country. A few months later, DNA testing revealed the baby they brought home isn’t theirs.

The couple became suspicious when their new baby didn’t appear to look like them. When DNA tests confirmed their suspicions, they researched every baby born in the same El Salvadorian hospital on the same day. All the children appeared to be with their biological parents, which led Cushworth and Casanellas to speculate that their biological child was switched so it could be sold to child traffickers.

“We haven’t been able to sleep, thinking about where he is and who has him. We just want them to give us our son back,” Mercedes says of their baby.

Dr Alejandro Guidos, the obstetrician who delivered the baby, has been arrested and accused of concocting the whole thing. Throughout her pregnancy Mercedes recalls him telling her that her child would be born with dark skin, but she didn’t understand how he could know that purely through  ultrasound.

When the baby was initially born, he appeared to be light-skinned. Then, Mercedes was given a sedative, and slept for approximately twelve hours. When she awoke again, her child looked different.

The parents of the child the American couple is currently raising have not been found, but the Americans have bonded with their El Salvadorian son and plan to raise him as their own–hopefully alongside their biological son. “Even though we know he isn’t our biological son, we still love him,” Mercedes said.

VIDEO 3 teens break into home, mom with assault rifle ain’t got time for that