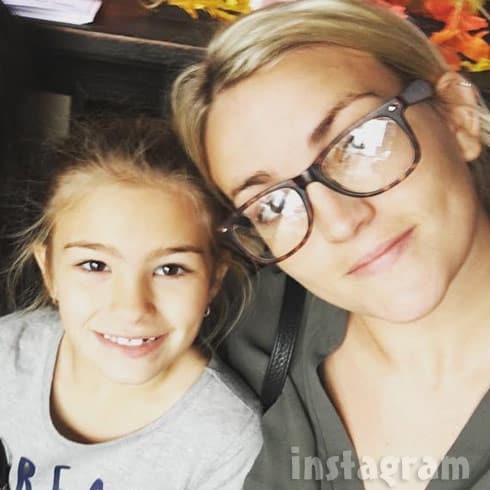 New details in the official police report from the ATV accident involving Jamie Lynn Spears’ 8-year-old daughter Maddie describe a terrifying series of events that would be any parent’s worst nightmare.

According to the accident report, obtained by ET, Maddie was driving her Polaris ATV on the family’s property in Louisiana when she “overcorrected” to avoid a drainage ditch and flipped into a pond. The report reveals that both Jamie Lynn Spears and her husband, Jamie Watson, observed the accident from approximately 100 yards away.

The two of them ran and dove into the pond in an attempt to rescue Maddie, who was still seated and submerged in the ATV. “The child was trapped and secured by the seatbelt and the ATV’s safety netting,” the police report states. “Within two minutes, Acadian Ambulance Services arrived and assisted in freeing the child from the cold waters.”

Tangipahoa Parish Sheriff Daniel Edwards later issued a statement about the incident, and he describes the harrowing ordeal: “The ATV and child were instantly submerged in the water right before their eyes,” he said, referring to Jamie Lynn Spears and Jamie Watson.

Here is the full statement from the Tangipahoa Parish Sheriff’s Office:

When deputies arrived, Acadian Ambulance Services was already on scene and helped the mother, step-father, and other family members rescue an 8- year old female who was submerged inside of a Polaris ATV in a pond.

The incident occurred about 100 yards from where her family was standing and watching as the child and the Polaris entered a nearby pond on the property. Evidence reveals that the child was traveling near the south west corner of the property where she subsequently maneuvered the ATV to the right to avoid running over a drainage ditch located near the pond. In doing so, she overcorrected causing the ATV to enter the pond. The ATV and child were instantly submerged in the water right before their eyes. Within seconds the child’s mother, step-father and other family members reached the pond, dove in and attempted to rescue the child to no avail. The child was trapped and secured by the seatbelt and the ATV’s safety netting. Within two minutes, Acadian Ambulance Services arrived and assisted in freeing the child from the cold waters.

Currently, the child is reported to be in stable but critical condition. This is an extremely tragic accident. The Tangipahoa Parish Sheriff’s Office is asking you to keep this family in your constant prayers as they try to cope with this horrible incident. We ask that you respect their privacy during this time of need.

At the time of ET’s report hours ago, Maddie was still reportedly in stable but critical condition.

Jamie Lynn and Britney’s dad, Jamie Spears, said of the incident: “All I can say is pray for our baby Maddie.”

Meanwhile, Britney Spears posted this photo of Maddie on Instagram and wrote “Need all the wishes and prayers for my niece ?‬”

‪Need all the wishes and prayers for my niece ?‬

In addition to the Instagram photo, Britney’s rep issued the following statement about Maddie’s accident and her health status:

Right now the Spears family asks that everyone respect their privacy during this time and appreciates all the prayers and support for their family. 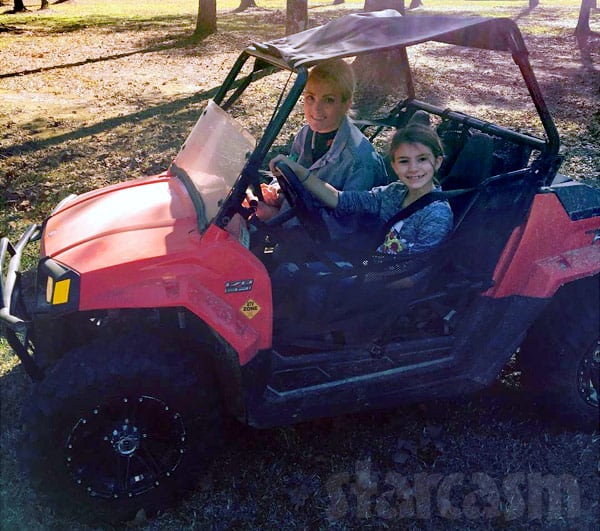 In our original post, we shared the photo above featuring Maddie driving a Polaris RZR 170 ATV from back in November, and TMZ has since revealed that it was a gift to her from mom Jamie Lynn for her seventh birthday. It is still unclear if it is the same one she was driving on Sunday afternoon.

Our thoughts are still with Jamie Lynn Spears and her friends and family and we are hopeful that Maddie will make a full recovery.

UPDATE – As of Tuesday, February 7, Maddie is reportedly “awake and talking!” Click the link for more details!