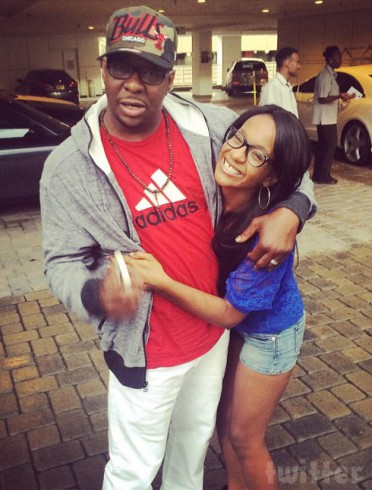 Just a few days ago, it looked like all-out war between Bobby Brown and the Houston family was inevitable. Bobby has been angling to get control of Bobbi Kristina’s estate for weeks: he was already his daughter’s guardian, meaning he could make all medical decisions for her, but wanted control of her money, too. Some onlookers called the move a shameless power grab; others pointed out that, as the father, Bobby had a right to take charge of all his comatose daughter’s affairs. Hanging in the balance was the right to Bobbi’s inheritance from Whitney Houston, which some industry insiders said was worth approximately $20 million.

But a judge has put an end to all of the in-fighting–at least publicly, and at least for the time being. An Atlanta judge ruled that Bobby and both Cissy and Pat Houston will serve as co-guardians of Bobbi Kristina, meaning that they’ll all have to agree on any decisions regarding BK’s health going forward.

As for the money, no family member is in charge of it. The same judge ruled that a third party will control the estate, and named noted Atlanta attorney Bedelia Hargrove the estate’s conservator. While this is what Bobby was afraid of in the first place–a legal battle and lawyer’s fees draining the inheritance of any possible worth, the judge cited the best interests of Brown’s daughter when handing down the ruling.

Lawyers for the Brown and Houston families issued a joint statement praising the judge’s ruling:

Both parties are delighted with the Court’s decision and are working harmoniously to ensure Krissi receives the best possible medical care. We are appreciative of the manner in which Judge Jeryl Debra Rosh handled this matter.

Woman who cared for Bobbi Kristina was impersonating a nurse