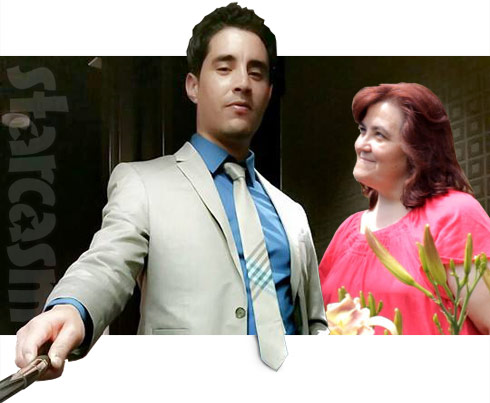 It’s been a couple months since our previous update on 90 Day Fiance super couple Danielle and Mohamed Jbali. The last time we checked in, Mohamed was in Las Vegas (without Danielle) to celebrate his birthday and Danielle was about to head off to Pakistan for some reason. So how are they doing now?

First I will answer the two most commonly asked questions: Yes, Mohamed is still in the United States. And yes, Mohamed and Danielle are apparently still together. The Jbalis both back in Sandusky, Ohio after their recent travels.

Last week the hosts of the “Bring Me Your Torch” podcast did a Danielle and Mohamed gossip catch up episode in which they talked about all the latest rumors swirling about DanMo. Here’s the full podcast (it’s only eight minutes, so give it a listen!) followed by some bullet point highlights:

RUMORS MENTIONED ON THE PODCAST

• Mohamed had a mistress in New York City that funded his birthday excursion to Las Vegas. She reportedly gave him $20,000.

• Mohamed has a second mistress in either North or South Carolina who is giving him money too.

• Danielle is currently working making $9 and hour and is reportedly on food stamps.

• Mohamed and Danielle are reportedly meeting with US Citizenship and Immigration Services next month.

• Mohamed and Danielle are reportedly going to be in Washington, DC in June where “Bring Me Your Torch” is based, and if so, they are going to try to get them on the show.

And here is the latest from Danielle and Mohamed themselves courtesy of their Facebook profiles and Youtube channel:

Danielle answers fan’s concern about Mohamed posting photos that seem to suggest he is single and ready to mingle:

FACEBOOK COMMENTER: Danielle… Mohamed had people post on his other page asking where were pictures of you and why weren’t you with him on the trips he took and he ignored them.

DANIELLE: Cause he knows people don’t agree with him, and I was working on those trips. To tell you the truth I don’t think he knows how to handle all the attention and he thinks he is free to do whatever even though he is married.

Video of Mohamed being cool in Las Vegas:

Mohamed expresses outrage at how much money Floyd Mayweather, Jr. and Manny Pacquiao were reportedly receiving for their pay-per-view boxing match:

MOHAMED: Mayweather making an estimated $180 million and Pacquiao around $100 million for to night’s fight!!!!!!!! its to crazy!!! wish that money was gonna be divided between who need to feed them kids or help some homeless to give them an other chance in this life.

COMMENTER: Actually not all quarterbacks and baseball players etc make that. Only a few select do. Plus they all do charity work. If you are upset with the system truly it’s the government you need to be upset with. They are the ones letting big business hire people overseas, and neglecting the American citizens an opportunity to work, to help support and feed their own children.

MOHAMED: We ar all human being, and 180 million dollars can make at least 10 factories that give job opportunities to thousands of American and non American people that gives them salaries for years and year, in my opinion that is better that we keep fighting about colors and nationalities and religious

Video of Mohamed bicycling around the neighborhood with a selfie stick:

Mohamed has apparently had some medical issues. Here is a Facebook post from April 30th lamenting the cost of healthcare in the US:

MOHAMED: I really wish that one day when I go to the hospital they give me a bill less than a thousand dollars!!!

Is Mohamed working? Can he work? From April 20:

COMMENTER: Did you get the papers you need to allow you to work, Mohamed Jbali? I know when the show was going on you were trying.

MOHAMED: Yes I got it but am still looking for a job 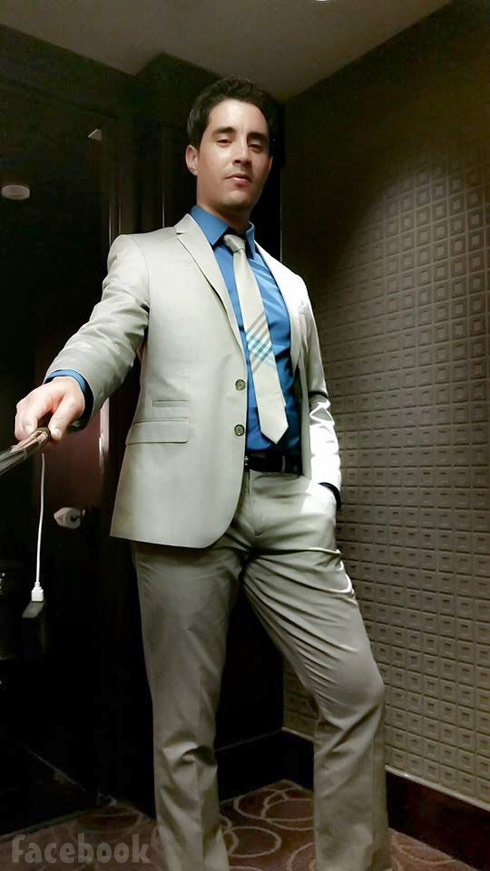 Mohamed on the pretty stylish suit he’s wearing in the photo above:

COMMENTER: going for a job interview ???

In between looking for jobs (or not), Mohamed says he visits the Planet Fitness gym every day. Here’s a photo: 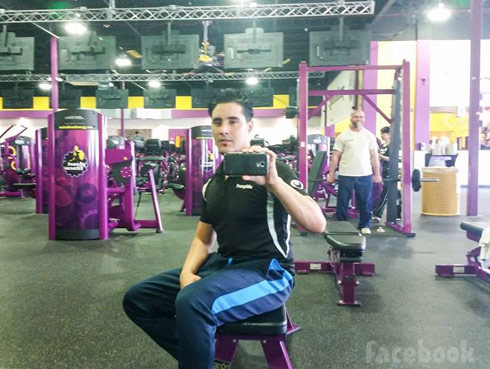 MOHAMED: I did not meet or talked to all Americans but from people that I already talked to I think her in America people are either very good and nice or very bad and nasty , I still did not meat someone who is in between (it’s just an opinion which can be true or wrong , am not judging).

Video of Mohamed showing off his patient parenting skills with Danielle’s daughter (I assume):

Sorry, we didn’t really have any photos or videos of Danielle to share. 🙁 Stay tuned, though, maybe we’ll have some for our next DanMo update!