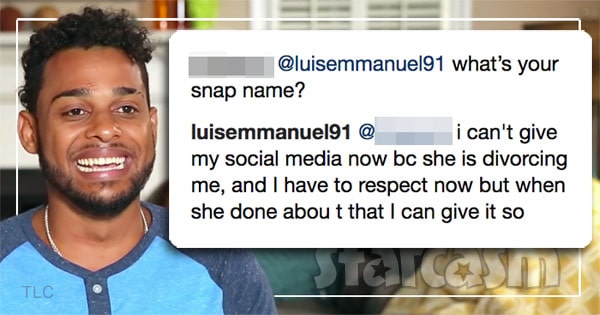 It appears as though 90 Day Fiance super couple #Molluis might be going the way of #Danmo as Luis just added fuel to the recent break up rumors by announcing on Instagram that Molly has filed for divorce!

The announcement came in response to a female follower requesting Luis’ Snapchat ID. “I can’t give my social media now bc she is divorcing me, and I have to respect now,” Luis wrote in response, “but when she done about that I can give it so.”

Earlier, Luis responded to another commenter who mentioned Luis would be returning home soon. “Happy New Year! I wish you much peace and happiness, the first year away from your family is the most difficult, but time passes quickly and soon you will return to our beloved land ??” Luis responded by writing: “Amen will soon be done but blessed in God here.”

Molly chimed in with a few comments as well, but none after the divorce claim. In one comment she simply tagged Luis and wrote “Bullsh!t,” which I can only assume is in reference to Luis defending himself against how he was portrayed on 90 Day Fiance.

Someone had commented that Luis seemed like a good person, but he looked really bad on the show. “They manipulate a lot in the production,” Luis explained, “it’s fake more than real.”

Someone asked Molly: “What’s BS? The girls flirting with your husband or what he said about the show being fake?” Molly replied: “I don’t care about those chics ????” She added: “Maybe one will hang with him tonight while I’m in OKC ??”

Yes, Molly is currently in Oklahoma City. Here’s a photo she shared on Instagram showing off her trademark Molly style — which looks a little like she just scored the gig as Bruce Springsteen’s guitarist: 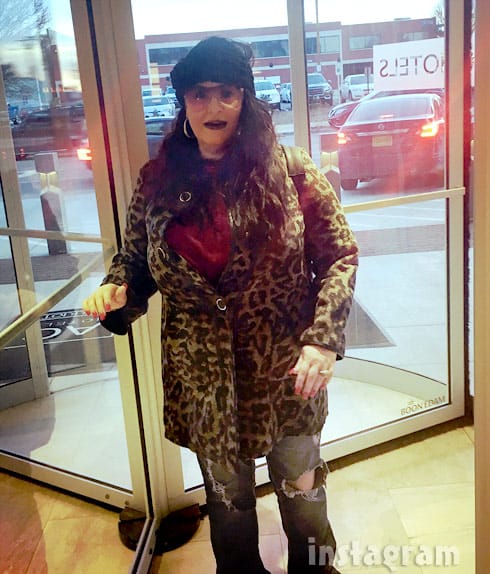 I checked online court records and couldn’t find a divorce filing, but that doesn’t mean that it isn’t happening. I should also point out that Luis could have been joking around and was just trolling the haters. I can’t imagine that we won’t be seeing Luis and Molly on TLC again, so I’m sure we will know for sure soon!

Meanwhile, if you’re curious how a divorce would impact Luis’ green card status in the US, then you need to look no further than fellow 90 Day Fiance star Danielle and Mohamed Jbali for your answer. If the couple files for a divorce, then Luis will be able to apply for a green card renewal and retain his residency in the US — just as Mohamed has done. (Or, as Mohamed is trying to do. He’s currently having some problems with that.)

If Molly files for an annulment and succeeds, then Luis will need to pack his bags and head out. But, as viewers learned watching Dinyell and Mohammit, an annulment requires proving that there was fraud involved, which can be VERY difficult. (If Danielle wasn’t able to prove that Mohamed frauded her, then it is apparently pretty much impossible!)