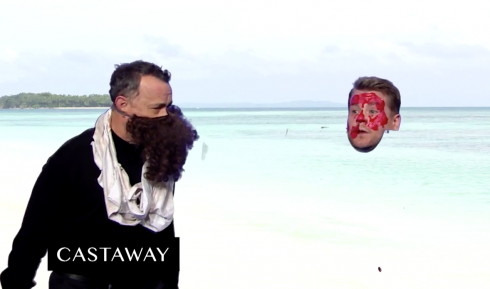 In case you’ve forgotten what a national treasure Tom Hanks is, you need to watch this 7 minute video. Tom not only proves his good humor, but his acting chops are stellar even under this kind of pressure and millisecond wardrobe changes. 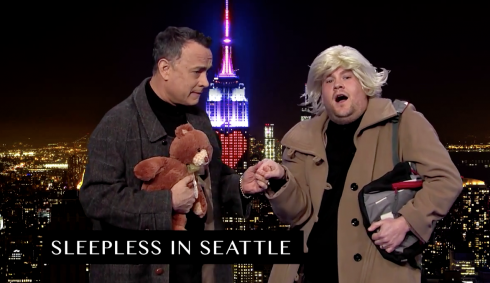 As for who James Corden is, no one really knows. He’s a British guy who somehow became the host of the Late Late Show seemingly out of nowhere. Corden recently told Conan O’Brien that his staff isn’t really familiar with him. The other day he got denied access to his building because he didn’t have his pass and no one recognized him.

With skits like these, though, Corden will make a name for himself in the U.S. soon enough.

VIDEO Celebs read mean tweets about themselves, plus replies from the haters!