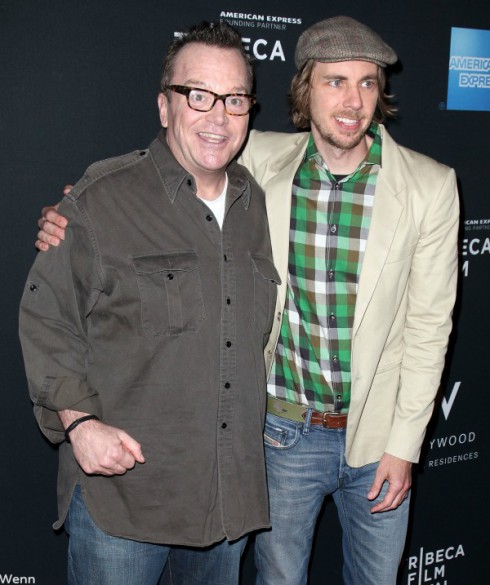 Tom Arnold and his wife welcomed their first child, a baby boy named Jax, just 10 days after Dax Shepard and Kristen Bell welcomed their first baby, a girl named Lincoln. But, having children so close in age isn’t the only bond between the parents: Tom Arnold told Howard Stern that good friend Dax offered to be a sperm donor for Tom’s wife when they had trouble conceiving because of Tom’s low sperm count.

“Dax Shepard came over one time and said, ‘Listen, I want to do this for you, Kristen says it’s okay, you can have my sperm,'” Tom explained during a recent radio show, adding it was the nicest thing anyone ever offered him. Before that point, the Arnolds were so desperate that they had 23 failed attempts at in vitro fertilization. They were also considering adoption.

Ultimately, the Arnolds gave natural conception one more try — and were finally successful. 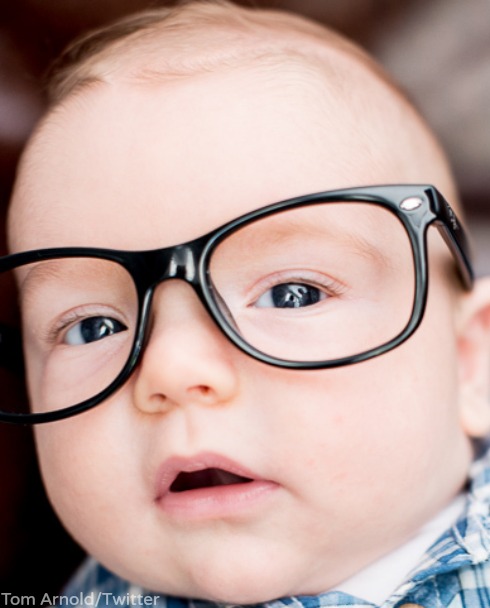 Dax and Kristen also conceived around the same time. With their children now so close in age, the Arnolds and Shepard-Bells have come together for a handful of playdates.

“Last weekend, we went over to visit, which was kind of a mistake because Lincoln is so smart,” Tom said. “I was kind of feeling really good about my son and I sat them down together and Lincoln takes these toys and she’s showing him how to play with them, she’s trying to communicate and he stuffs them in his mouth.”

Before the families united in parenthood, Tom and Dax were extremely close friends. Tom even credits Dax with keeping him sober and accountable after he got hooked on prescription painkillers following a 2007 motorcycle accident.

“He really stood by me and helped me during my relapse,” Tom told The Fix of Dax, who was filming Hit & Run with Tom at the time of relapse. “When you’re shooting a movie and it’s hot and uncomfortable, you’ve really got to stay on an even keel, and he helped me with that.”