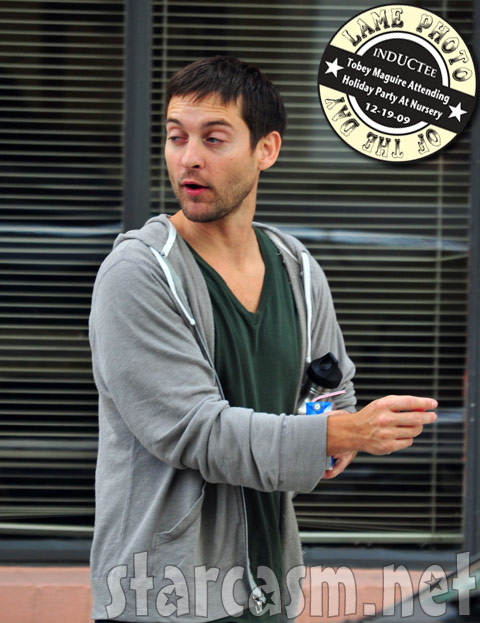 OK, I have to give Tobey Maguire some props here. That dude actually looks like the father of a 3-year old and a 7-month old! I think Spider-Man needs to hire a nanny!

Here’s the 411 on the LPOD: Tobey, his wife Jennifer Meyer and daughter Ruby Sweetheart (Yup, that’s her real middle name) left little Otis Tobias at home and attended a holiday party at Ruby’s nursery school in Santa Monica on December 17, 2009.

This photo’s actually more funny than lame, but there was something about the overwhelming ordinariness of his suffering that motivated me to give it that notorious distinction. Congratulations Tobey!

For all of you Lame statisticians out there, this ends Shia LaBeouf’s streak of consecutive LPODs at two.

Spider-Man 4 canceled! Tobey Maguire, Sam Raimi and cast are out!