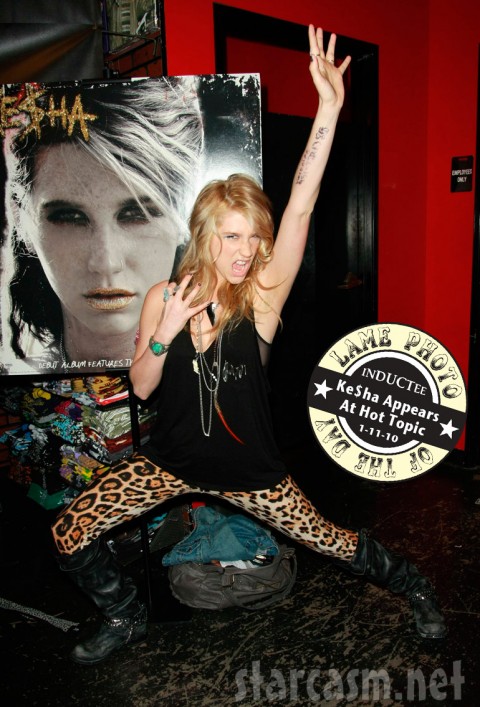 This is one of those photos that could have qualified solely on a conceptual level, but pop singer Ke$ha takes the inherently lame notion of promoting an album at Hot Topic to a whole new level by her choice of attire and by the fact that she’s trying to seem like she’s really into it. She’s got leopard skin tights coming apart at the seam (and the seam is in an unseamly place), she’s got something written on her arm in Sharpie which appears to be someone’s phone number (perhaps some really awesome dude that works at Hot Topic?), her blown up Shakira-esque album cover stares over her shoulder from an easel and the only place she could put her purse is under her strained seam which makes it look like she just pooped a handbag. Add all of this up and you get… LAME!

Honestly, Ke$ha is one of the hottest things going right now – her single “Tik Toc” has been downloaded a hundred dodecajillion times and her new album Animal, which was just released January 5, seems to be doing really well – couldn’t her agent get her a gig at Best Buy or a Virgin Superstore or something? Hot Topic?!?

Here are the LPOD deets from Fame Pictures:

Headline:
Ke$ha Appears At Hot Topic In Support Of Her New Album!

Caption:
Hot new songstress Ke$ha celebrated the release of her new album “Animal” with an appearance at a Hollywood, CA area Hot Topic on January 9, 2010.

Here’s another lame shot from the set with Kesha (mispelled on purpose – I’m of the belief that substituting dollar signs for esses should only be done to clean up the word a$$ in pseudo-family-friendly publications such as this one) really trying hard to get that “purse poop” look: 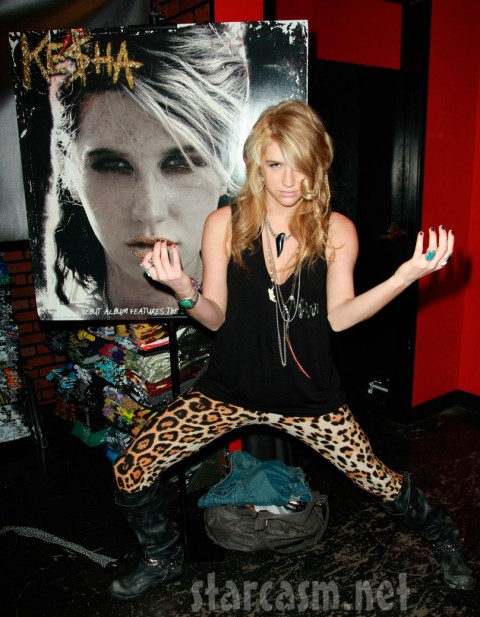 Click thumbnails to see larger lame images in the gallery: 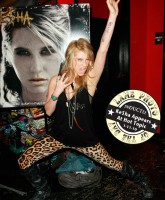 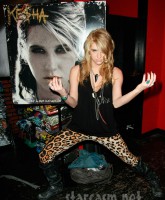 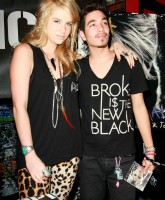 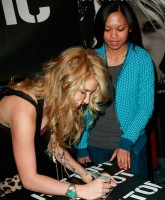 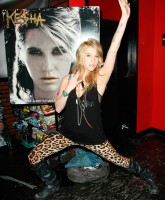 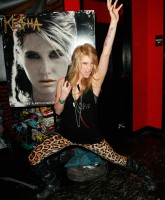 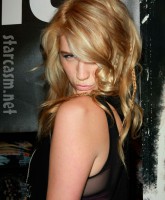 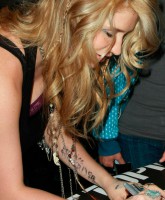 The only saving grace of the photoshoot was a near nip slip downblouse bra shot, but even it was pretty lame. (I have no idea what the phone number on her arm is. Feel free to call it and let us know!) 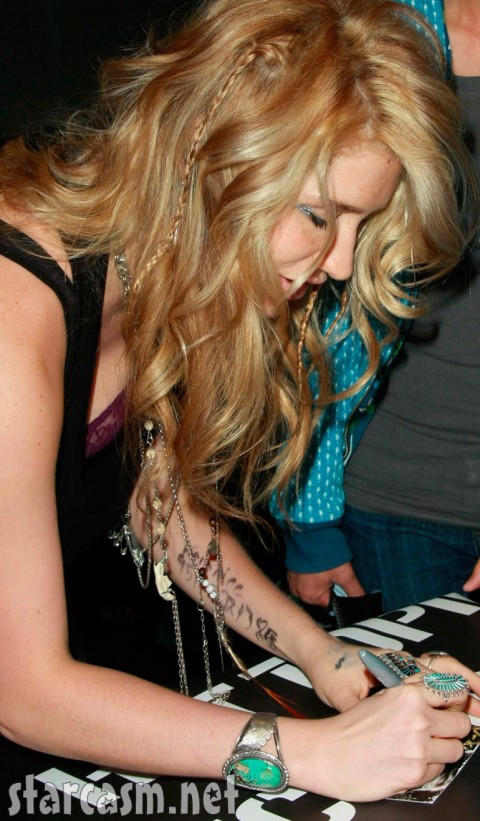