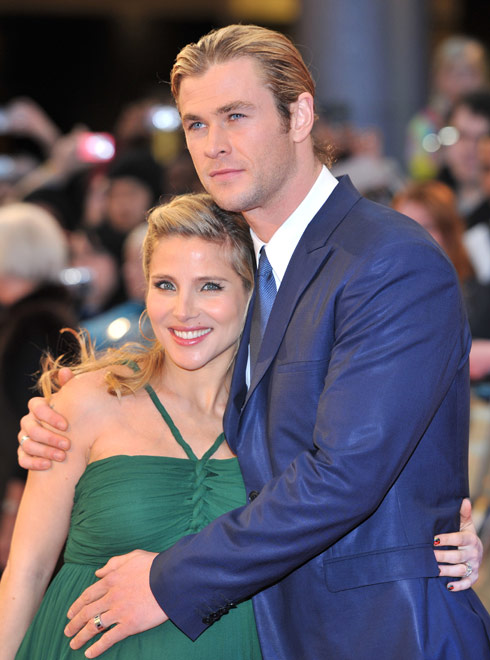 It is good to be actor Chris Hemsworth right now. His latest film The Avengers is absolutely dominating the global box office and now there’s the great news that he’s a first-time dad!

The 28-year-old handsome leading man who wields Thor’s hammer confirmed that he and his lovely wife, actress Elsa Pataky, 35, had a baby on Friday. The couple welcomed a baby girl they have named, India. Hemsworth told USA Today, “We love the country and love the name.” The two married in December 2010.

He let the press know of the new arrival while on the set of Snow White and the Huntsmen which features Kristen Stewart in a strong female lead role. As if he’s not already desirable enough, Chris let it be known that he thinks the strong willed character from this film will be a great role model for his little girl one day:

“Coming from a family of three boys, my mother was very much a feminist. When we would call each other ‘girls,’ she would say, ‘What is wrong with a girl?’ Girls can be strong and you have to respect that. And we should encourage more strong female leads in films.”

Congrats to Chris and Elsa!