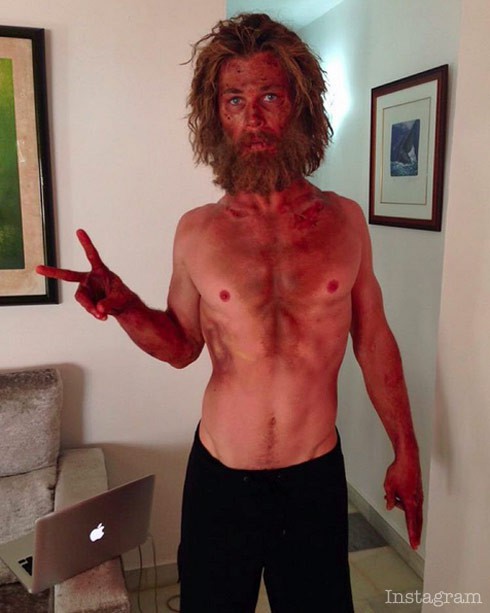 Chris Hemsworth, People’s 2014 sexiest man alive, shared a photo to Instagram of the dramatic weight loss he’s undertaken for his upcoming film, In the Heart of the Sea.

The 32-year-old added that he had to go on a strict diet of consuming as low as 500 calories a day to prepare himself for the role.

The Australian actor recently participated in a Twitter #AskChrisHemsworth to promote the film, and answered important questions like:

His dream job if he weren’t an actor. A zookeeper.

If he could be any superhero, other than Thor? Mighty Mouse.

In the Heart of the Sea is based on Nathaniel Philbrick’s 2000 non-fiction book about the sinking of the whaling ship Essex in 1820. The film, set for a December 11 release, is directed by Ron Howard and co-stars Benjamin Walker, Cillian Murphy, Tom Holland, Ben Whishaw, and Brendan Gleeson.

Here’s a little side-by-side, as if we all needed an excuse to check out a pic of Chris sans a shirt! 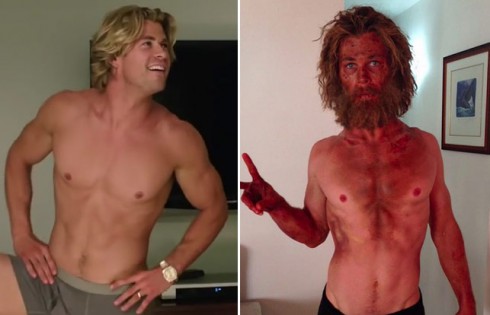