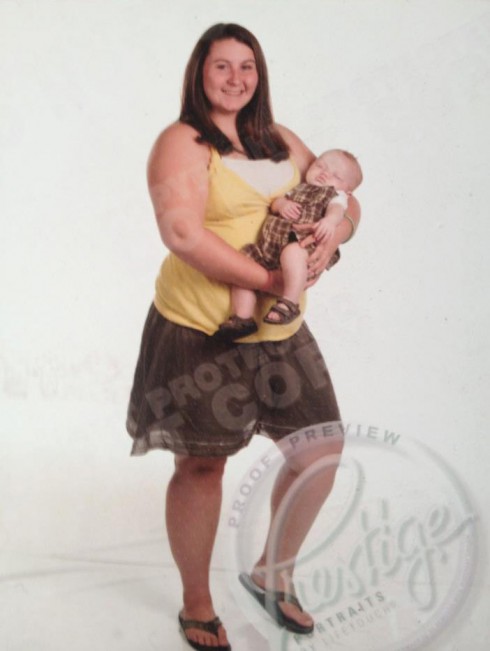 Administrators at a North Carolina high school have removed a graduating senior’s portrait because the photo shows the student posing with her newborn baby.

17-year-old Caitlin Tiller is a student of Randolph County’s Wheatmore High School in Trinity, North Carolina. Tiller gave birth to her son Leelin in April of last year. Over the summer, senior portraits were taken and the students were encouraged to bring along a prop to pose with that would represent them or their achievements in some way. For Caitlin, she could think of nothing more appropriate than her son.

Tiller told WGHP, “He helped me get to where I am today. I wouldn’t be the person I am today without him.” She added that since becoming a mom she’s been motivated to work hard for him and that she’s put forth a greater effort in class having graduated early. She’s also begun taking college courses while working 30 hours a week at a part-time job.

Last month and just two days before the yearbooks were set to print, Tiller was informed that the photo of her and her son would not appear. The school is alleged to have told the mom that the image was banned because it would promote teen pregnancy.

Another local news station, WFMY, reported that officials reasoned that her son was not allowed in the photo because a baby is not school related. In the above report it’s noted that some students brought a pet – I would assume this would also not be “school related” unless their pet happened to also be the mascot… 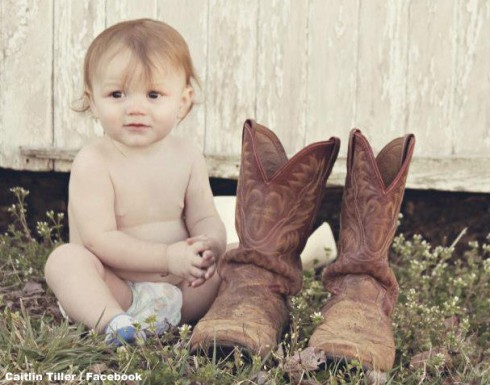 Tiller was given the opportunity to provide another photo or use the image with Leelin for the “Senior Advertising” section that appears in the back. Even so, Tiller still didn’t understand the decision:

“I want everyone to see that you can make a mistake and you can overcome it. And then I don’t want to say Leelin is a mistake, because he’s not. But everyone bumps their heads.”

Good morning ! I wake up and you would think I was famous! I turley appreciate everyone’s suppoRt and sticking behind me in all of this! But I don’t want to leave out the most inportant part of this hole situation Chris Mullis has been on of my biggest supporters since our son has been born and I am so glad he is still with me n leeljn today we love you baby! And as well as my parents I could not of done this with ought them I love you guys !

Randolph County Schools reportedly stand by the decision to exclude the photo.

Once the school opened the door for allowing students to bring a prop they already had trouble on their hands and should have allowed Caitlin’s pic in my opinion. I can’t begin to imagine what some of my classmates would’ve brought, or myself for that matter, if given the same opportunity.

What’s your thoughts about the decision?