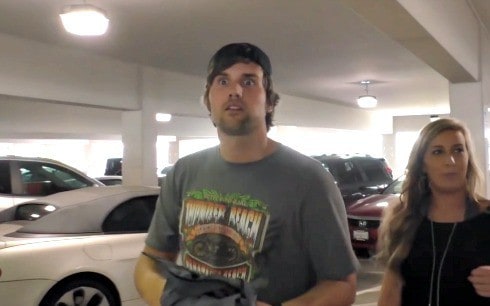 Speculation regarding Ryan Edward’s alleged drug use has been swirling since last year after he appeared “bugged out” during episodes of Teen Mom OG. He denied the allegations, and his Teen Mom OG producer Jaala blamed Ryan’s quirky, on-camera behavior on “being tired.”

But now, E! News has now confirmed Ryan checked himself into rehab. According to their sources, he’s been in recovery for two weeks and is “doing well.”

Rumors of Ryan’s drug use gained strength after Maci, Amber, and Catelynn were filmed discussing their concerns over his behavior on the most recent episode of Teen Mom OG:

Catelynn: How’s Ryan doing now?
Maci: I mean… He’s okay.
Amber: Ryan’s fu**ed up. I watch it. I see it. I know it.
Catelynn: Can anyone talk to him about going to a treatment center?
Maci: He would do it. It’s everyone else around him that’s too afraid to admit it.

In a later scene, Maci tells Taylor, “I’m just going to be like, ‘You have to go to rehab.’ Right now is legitimately about saving his life. Most nights I’m crying in our bed talking to you about whether or not today is the day that he’s going to die or when I’m going to do something about it or how I should do something about it.”

After the episode aired, Ryan’s mom gave a brief statement to The Dirty, in which she explained, “All I can say at this time is yes, Larry and I have a story and it will be told but not at this time.”

Things in Ryan’s life seemed to be going well of late. He mended the strained relationship with his dad following their explosive falling out, and became engaged to Mackenzie Standifer.

We hope Ryan gets the help he needs, and we wish him nothing but the best during this time!

PHOTOS Farrah Abraham cozies up to celebs at Hungover Games premiere, vows to be a ‘virgin forever’