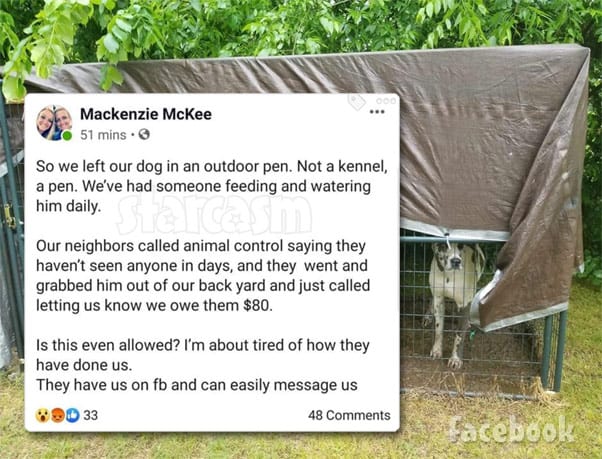 Teen Mom 3 star Mackenzie McKee is currently on a tropical vacation to the Bahamas with her husband Josh, but her enjoyment has been tempered a bit due to an issue back home. The former MTV star took to Facebook to express her frustration after a neighbor reportedly called animal control about her Harelquin Great Dane named Hank Williams, who was left in a pen in Mackenzie’s backyard.

“So we left our dog in an outdoor pen. Not a kennel, a pen,” Mqckenzie began. “We’ve had someone feeding and watching him daily,” she further explained. Mackenzie didn’t mention anything about the dog being walked, or his pen being cleaned.

Our neighbors called animal control saying they haven’t seen anyone in days, and they went and grabbed him out of our back yard and just called letting us know we owe them $80.

Is this even allowed? I’m about tired of how they have done us. They have us on [Facebook] and can easily message us.

Mackenzie’s neighbor responded with his explanation for why they called animal control. “Cause we have listened to this poor dog cry for five days in this tiny little pen,” he wrote. “There is no dog house, there is only muddy ground. His food was soaked. We didn’t know if anyone would be back.”

“Our concern was for the dog,” the neighbor continued, before extending an offer to Mackenzie: “He is an awesome dog and if you want help finding him a home I have a friend that can help. There are Great Dane rescues that would love to have him.”

There are two photo reportedly shared by the neighbor of Hank in his pen, but it is clear from the photos that they were taken at different times. In one, there is a wooden pallet in the pen, but the pallet is absent in the other. Regardless, I assume that the pictures do accurately reflect the pen that Hank was left in: 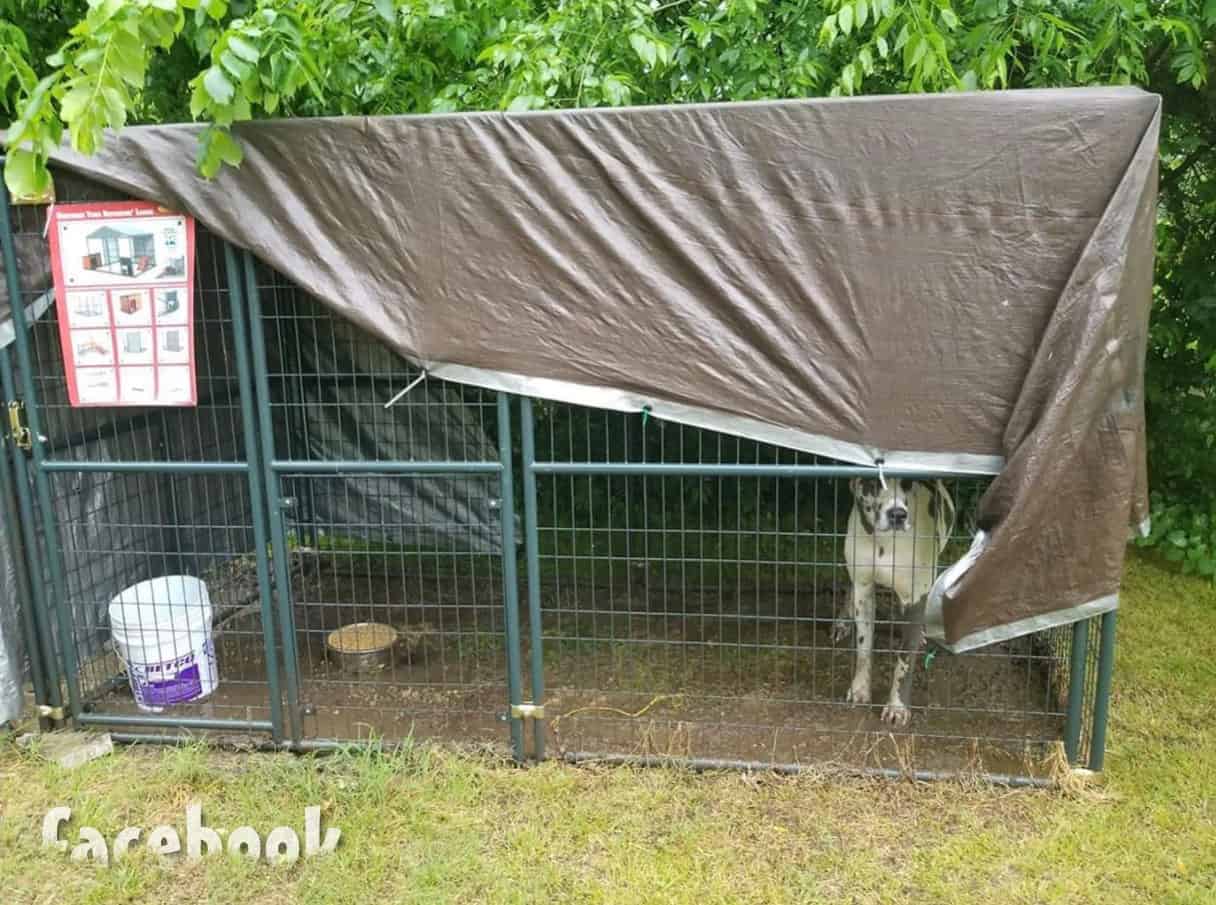 Judging from Mackenzie’s social media pages, she and Josh left for their vacation on Wednesday, May 15th, with plans to return on Tuesday, May 21.

This isn’t the first time Mackenzie has sparked controversy with pets. In January of 2017, she made headlines after Snapchatting a series of videos of her son Gannon playing with (and kissing) a dead puppy.

Earlier this year, Mackenzie posted an apology for an incident at a pet store involving her sons and a ferret. “Pet Land: if that poor ferret died because Broncs and Gannon we’re pulling at it from each end fighting over it. Sorry, however, they really are not worth $200 though.”

Mackenzie later spoke with Radar Online about the comment and explained: “It was like not even one second, my son tried to grab it, I ran across and took it away and gently put it back into the basket. And now I’m getting told to kill myself, I’m getting told I shouldn’t be a mom.”

Mackenzie’s previous Great Dane Scooby Doo passed away in March of last year. She explained in an emotional Facebook post what happened with Scooby: 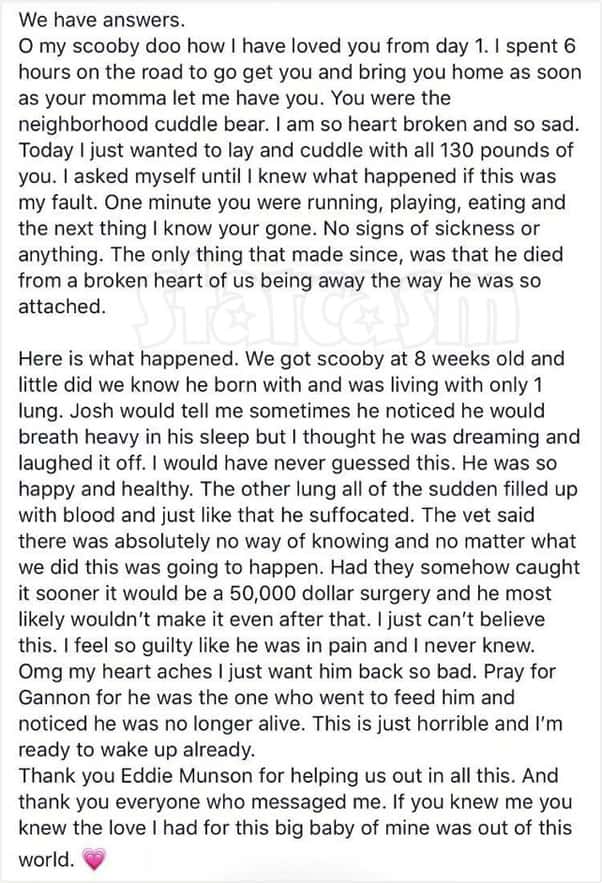 I can not see anymore stories about this puppy. Someone make them disappear ?

If I heard my husband body shame a female and watch him punch and shoot my pet, I would legit be scared to sleep at night.

As mentioned above, Mackenzie plans to return home on Tuesday evening. I am guessing we will get another update on Hank after she gets back.

UPDATE – Mackenzie has responded AT LENGTH to her neighbor’s accusations! Visit the link in the tweet below for all of her comments about the matter: