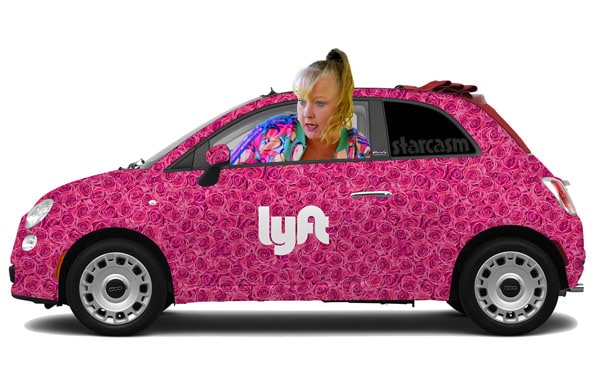 If you live in Ohio and are tired of all those boring, soft spoken, and completely unentertaining Uber and Lyft drivers, then we have some great news for you! Teen Mom: Young and Pregnant grandma Shenandoah “Shen” Williams has just revealed that she is a Lyft driver with plans to join the Uber team soon as well!

Bar’s mom revealed her new part-time career move on Instagram as she shared a screen cap of her Lyft profile. “Haha I’m official with Lyft,” Shen revealed in the caption. “I’m about to have a ball driving people. Just jump in name your music and we out 😎🤣🙃.”

A commenter suggested that Shen look into also driving for Uber, and she responded by revealing she is already on it. “I am doing both,” she replied. “I ordered my led lights today.”

In another comment, someone stated that Shen’s new occupation would make for a great reality show — sort of a ridesharing version of Taxicab Confessions. As always, Shen was one step ahead. “I am doing lives with their permission,” she responded. I assume that means Shen will have a mounted camera that will allow her to do Facebook and/or Instagram live sessions with her customers.

So what about a situation where someone books Shen for a ride just to mess with her because she was on the show? Or what about the other potentially dangerous situations that ridesharing drivers can find themselves in? Shen won’t have time for that. “I applied for legal gun 👊😎,” she explained to someone expressing concerns about her safety.

I don’t believe there has been a premiere live episode of the Shen Show yet, but I’m guessing we can expect to see it any day now!

So what do you think? Would you consider catching a ride with Shen the next time you need a lift to the airport?