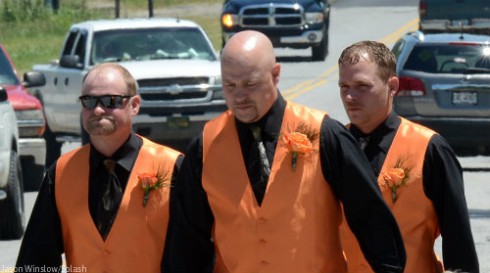 Billy Thompson, the brother of former Here Comes Honey Boo Boo stars Mike Thompson and Lee Thompson (pictured with him above), has been missing since Saturday, according to a police report filed by Mike Thompson and June Shannon.

Sources close to the Georgia family told TMZ Billy was last seen on Saturday, April 11, when he went to Mike’s home to see Jessica Shannon leave for prom. He reportedly hasn’t returned phone calls or texts since then.

Insiders said June and Mike are very concerned for Billy because he’s having trouble finding work and hasn’t been able to see his kids regularly following a rough split with their mother. The family filed a missing persons report with the local police station earlier this week, but they don’t have any solid leads.

UPDATE It turns out this was all much ado about nothing: TMZ now reports Billy turned up perfectly fine. He said he was working with a friend and just didn’t feel like responding to June or Mike’s messages. He added he’s doing better than June and Mike it sound — and said he “won’t be talking to June anytime soon.”

How much is Alana Thompson’s family making for Here Comes Honey Boo Boo?