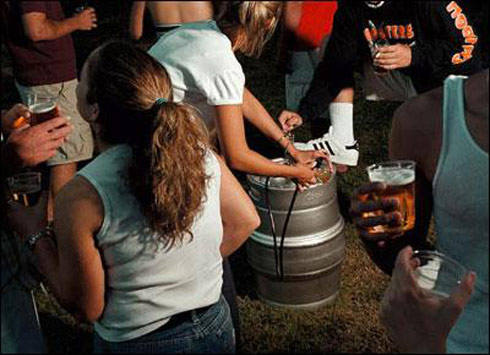 A report recently posted in The Lancet, one of the most prestigious medical journals in the world, doesn’t bode well for American teens.

According to a study by George Patton, of the University of Melbourne in Australia, U.S. teens have the highest rates of alcohol and drug abuse in what is called the developed world. In addition this same demographic is much more likely to be killed by violent means than their European peers.

Further dampening the outlook for teens in America is the findings that those aged 13 to 15 are much more likely to be overweight even though the study shows that this same group surprisingly leads the western world in exercise rates.

What really pops out and is extremely disturbing is the numbers behind deaths caused by violence. Here in America about 17 in 100,000 boys between the ages of 15 to 19 are killed by violence. In comparison, the two closest countries, Switzerland and Israel are far apart at only 4. To further emphasize how disturbing this trend is, in Britain that number is but 1 in 100,000.

“The present generation of young people will take a different path through adolescence from previous generations and will face new challenges to their health and well-being along the way.”

These figures are from 2006, the last time they could assemble comparable data internationally. Reasons given for the possible overall decline in health and well being for teens included the advent of social media and longer periods in education (say 9 years to finish college), and significant delays to marriage or settling down which increases the period during which young people are exposed to the risks of adolescence.

PHOTOS The “Fleshl!ght Launchpad,” a sex toy you can attach to your iPad, is now a thing

Complete list of 2010 Emmy nominations with video of the announcements