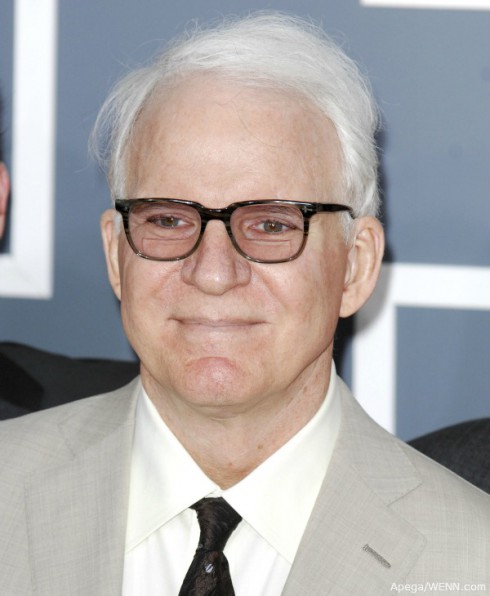 Apparently congratulations have been in order for Steve Martin and his wife Anne Stringfield for a while: The couple welcomed their first child last December! Martin and Stringfield haven’t made any public announcements, but they have been seen around their Los Angeles neighborhood with the baby. Friends confirm the couple is absolutely thrilled by the new addition.

“They’ve had a baby, and how they kept it a secret nobody knows,” a source told the New York Post. “Steve’s very private.”

Martin, 67, and Stringfield, 41, married in 2007 after three years of dating. In what seems to be a common theme, the wedding was an exceedingly secretive affair. Guests, including Tom Hanks and Diane Keaton, were told it was just a party and only learned the truth when they arrived. Lorne Michael, creator of Saturday Night Live, was Martin’s best man.

Martin was previously married to Victoria Tennant from 1986 until 1994. They didn’t have children.

In his autobiography, “Born Standing Up,” Martin wrote, “Thankfully, persistence is a great substitute for talent.” However, it seems doubtful that anyone would claim that Martin is without some serious skills. He has starred in nearly 60 films, a number of which he wrote or produced. He is also the second-most frequent host Saturday Night Live, although he was never an actual cast member. He is also hilarious on Twitter. Besides comedy, Martin is a best-selling author and Grammy-winning bluegrass musician.

Meanwhile,  Stringfield writes for The New Yorker and Vogue. Sounds like the baby has some good genes!