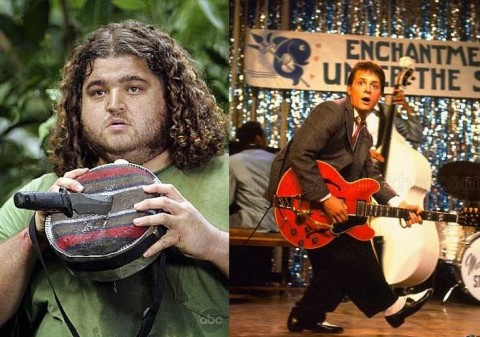 Spike TV’s annual Scream Awards featuring the best in science fiction, fantasy, comics and horror has achieved a major coup with the announcement that they will have Lost and Back to the Future cast reunions live on stage as part of the ceremony.

No expense is to be spared according to Spike as the Lost reunion will include a filmed tribute along with the obligatory pyrotechnics display.  As part of the promotion Spike has released a video featuring actor Francois Chau reprising his role from Lost as The Dharma Dude, Dr. Pierre Chang.

In the following clip Chang uses the alias Edward Halliwax as he introduces items such as “The Tube” and instructs viewers on the necessity of a 40-ounce!  When the Dr. is informed that the show will also be featuring the aforementioned Back to the Future reunion he loses his collective sh*t!

Awards during the show will be handed out for categories such as Best Villain, Best Cameo, and Best Fantasy Actress.  Scream 2010 promises to be one heck of an event Marty.  Make sure your roads lead you back to us for updates and posts following the broadcast.  Wait, did I say roads?  Where we’re going we don’t need roads!