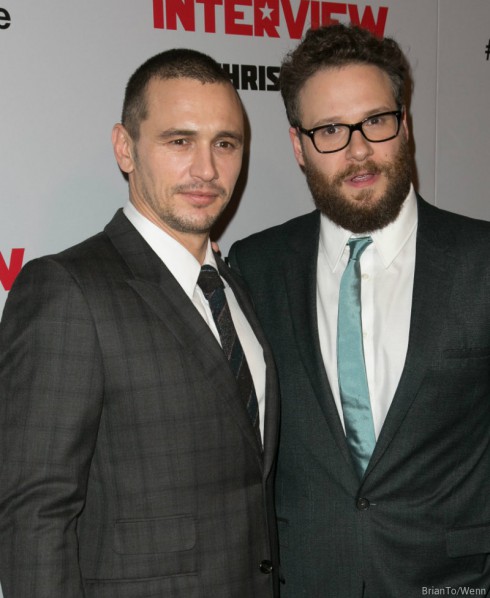 The Interview has been called off by Sony after hackers threatened 9/11-type terror attacks and hundreds of theaters, including the top chains, rejected the film.

Sony announced the decision this afternoon…

In light of the decision by the majority of our exhibitors not to show the film The Interview, we have decided not to move forward with the planned December 25 theatrical release. We respect and understand our partners’ decision and, of course, completely share their paramount interest in the safety of employees and theater-goers… We are deeply saddened at this brazen effort to suppress the distribution of a movie, and in the process do damage to our company, our employees, and the American public. We stand by our filmmakers and their right to free expression and are extremely disappointed by this outcome.

So, what will happen to The Interview now? Before Sony’s final decision to call off the Christmas premiere, Deadline reported the idea of sending the movie straight to VOD “is not yet a part of major conversations.” Even before all of that, Sony said they will not distribute it in greater Asia. It is apparently still due to open in The U.K. on Feb. 6 and the Sony statement seems to leave open the possibility of releasing it in the U.S. at a later date.

Those questions aside, many in Hollywood say Sony’s decision to call off the Christmas premiere has greater ramifications than the financial loss. Although James Franco and Seth Rogen haven’t yet commented, here are reactions from some of their peers…

Really hard to believe this is the response to a threat to freedom of expression here in America. #TheInterview

#TheInterview Is that all it takes – an anonymous threat and the numbers 911 – to throw free expression under the bus? #PussyNation

Wow. Everyone caved. The hackers won. An utter and complete victory for them. Wow.

While I understand the necessity to pull The Interview, it makes me furious. Free speech is the most admirable tenet in our constitution.

Do you agree with Sony’s decision to call off the Christmas release of The Interview?

Congress wants Sony to screen “The Interivew” at the Capitol

Before and After: How drastic was Seth Rogen’s weight loss?