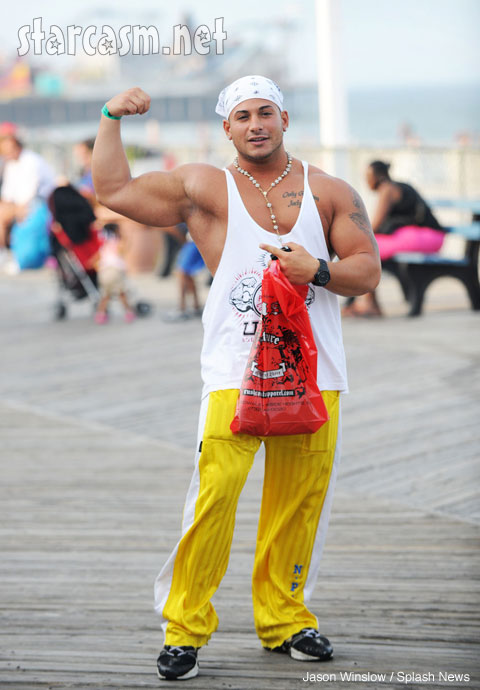 Snooki’s ex-boyfriend Emilio Masella, who recently appeared on an episode of Dr. Drew’s Lifechangers entitled “You’re Not a Reality Star, So Get a Job” with his frustrated mother, is saying some hurtful things about the pint-sized guidette’s pregnancy news.

“I hope for her sake … not to be rude or anything … but I hope she has a miscarriage.”

He also said that Snooki had always been flippant about pregnancy and used to always say to Emilia “Let’s have twins.” He went on to swipe Snooki, saying she needs what he called a “pregnancy test,” (a.k.a. a paternity test) to see who the father is, because he claims it could be a lot of dudes, including Jersey Shore cast-mate Vinny Guadagnino.

He went on to say that Snooki will probably “pull a Kim Kardashian” by breaking up with boyfriend Jionni after she has the baby.

According to a people.com, report this morning, Snooki is engaged to her baby’s father Jionni LaValle.

UPDATE – CLICK HERE to see Snooki out and about in Jersey City flaunting her new engagement ring!

Wow, that’s a lot of accusation, speculation, and meanness. Who wishes a miscarriage on somebody, especially an ex?

VIDEO Snooki from Jersey Shore on Jay Leno’s 10 at 10: Pickles, eye-liner and bronzer are in, Bumpits are out!