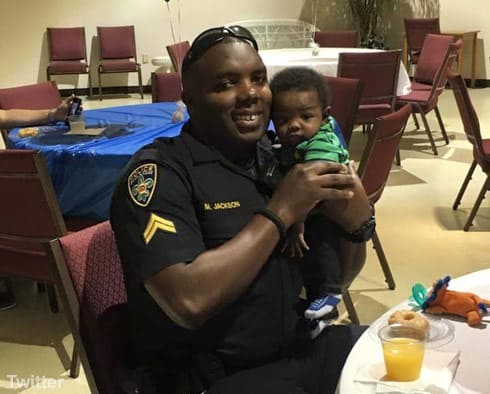 Montrell Jackson was one of the police officers ambushed and gunned down in Baton Rouge, Louisiana over the weekend. Nine days prior to the tragedy, the 32-year-old who recently welcomed a baby boy made a heartfelt plea for everyone to not let “hate infect your heart.”

A family friend, Kristi Godal, shared the post a couple of times but realized that it wasn’t public. Kristi felt that Mr. Jackson’s words were important enough to screen capture and share to everybody. 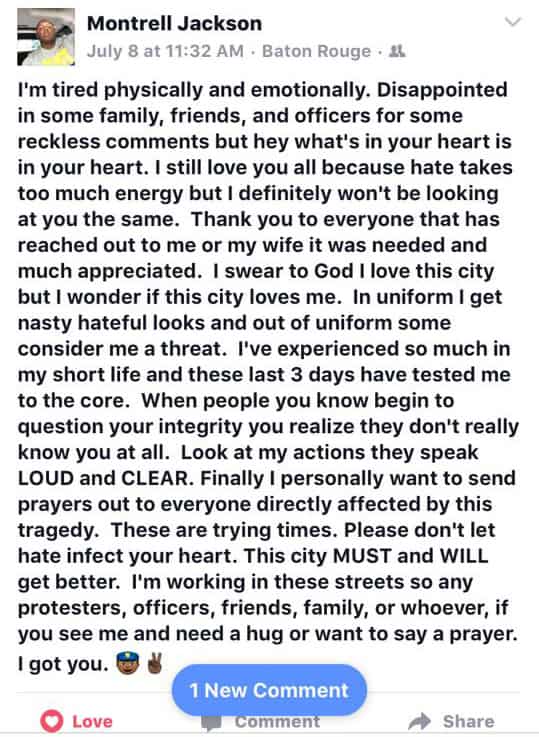 The Advocate reports that Jackson, a 10-year veteran, was once injured while attempting to rescue a toddler from a burning fire.

Another friend of Jackson’s, Darnell Murdock, said, “He loved his job. It motivated him to go out and change people’s lives. He was on the force to help people, to make you have a better day,” Murdock said. “He was humble, kind and sweet. … He wasn’t on there to write tickets. I don’t understand how this could happen to someone like him.”