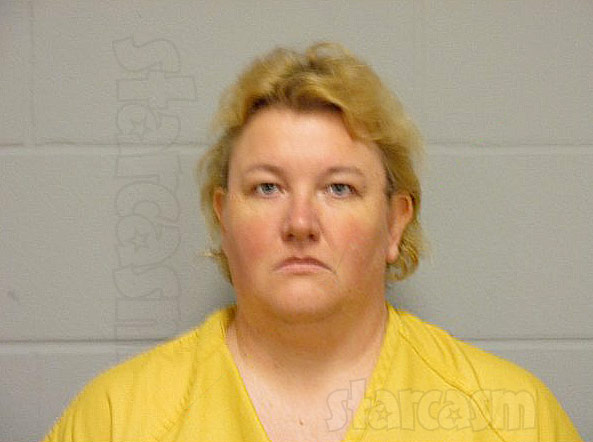 Sister Wives star Meri Brown made headlines last month when she admitted to having an emotional affair with a businessman named Sam Cooper, who later turned out to be a catfish and con woman named Jackie Overton. On Wednesday, Meri got a little bit of justice as Jackie (real name Jacquelyn Overton — mug shot photo above) was arrested in Oklahoma along with her mother, Della Overton.

Unfortunately for Meri, the arrest didn’t stem from any sort of fraud allegations, but instead were because of outstanding traffic warrants. After being arrested in Osage County, Jacquelyn was handed over to the Kay County Sheriff’s department and, according to online records, she bonded out not long later.

Jackie’s mother was not so lucky. 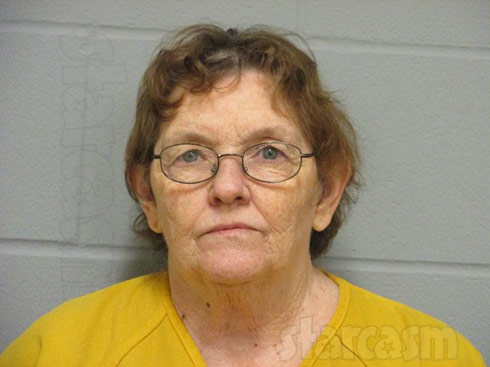 63-year-old Della Jean Overton (mug shot photo above) has been charged with felony counts of embezzlement and exploitation of the elderly or disabled by deception. From The Ponca City News:

Della is accused of taking advantage of her elderly father. An investigation by Adult Protective Services was requested, which revealed a total amount of $10,192 was missing. She reportedly told police the money was used to pay the nursing home and had receipts for everything.

Meanwhile, Jackie Overton has gotten back to business as usual and continues to post intimate voice mail messages from Meri online. Just yesterday she shared more than 30! In one Meri sets off a major alarm for any avid fan of Catfish the TV Show when she gets frustrated that Sam (Jackie) won’t answer the phone, even while he (she) is texting. “What is it with you, babe, about texting me and then not answering me when I call?” Meri asks, before laughing and exclaiming, “Holy crap!” She adds, “I am so confused by you.”

In another Meri says that the two will be together, and in one she goes as far as to say, “I want to have your babies.”

Meri seemed to address the ongoing scandal with this tweet earlier today:

So far the “emotional affair” has not been mentioned on the show, but with as much publicity as it is receiving, I assume it is only a matter of time now. (I’m not sure how much of a time gap there is on Sister Wives between filming and air time.)

Top 10 quotes from the new Catfish Season 4b trailer