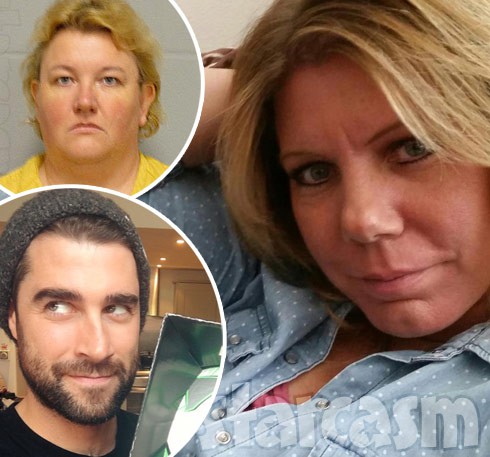 Since the season finale of Sisters Wives aired last fall, most assumed that the drama involving Meri’s catfish “Sam Cooper” would come to an end. In reality, Jackie/Sam seems to be more active than ever.

In December, she revealed more info about her book, which promised to share additional details of her affair with a “married reality TV star.”

Jackie/Sam explained the book would be available as an electronic copy for $6 made payable through PayPal. She said it would include “stories, photos, more text snippets, and a lot of things” that had never been revealed.

This week, excerpts of the first chapter–along with the cover–were released on her blog notbatmanyet.com. 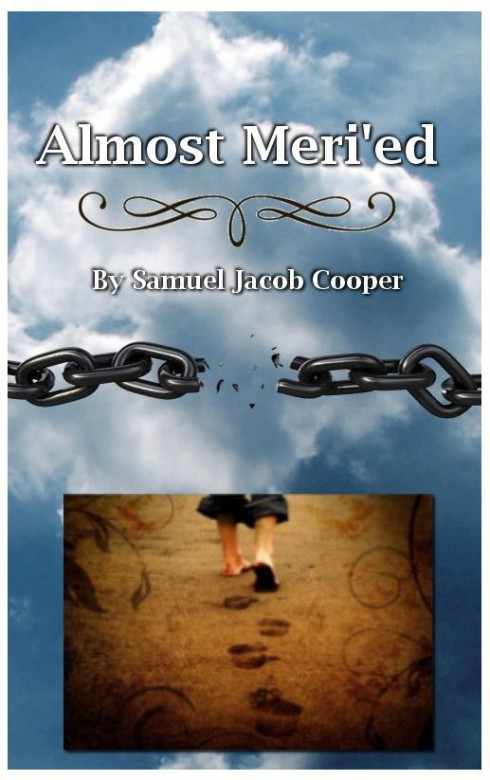 Check it out below:

Chapter 1
How did this happen to me?

I had an affair with a married reality tv star. I know, it shocked me too. I wasn’t looking for it to happen. It sort of just…happened. The affair lasted from March 1st 2015 until August 30th, 2015 and came with a whole lot of baggage afterwards. Somethings I can forgive easily because now I understand the reasons and the lies. But as it is happening, you just get really confused and sad. The things I can’t forgive are for me to deal with privately. And I’m trying. It was fun and exciting. We had a lot of fun. We laughed all of the time. I wish that was an exaggeration, it might make it easier to walk away from her. But the truth is we laughed a lot. Almost daily.

What on Earth could I possibly have in common with a polygamist? I didn’t think anything at all. But as time went on I found out we had a lot of things in common. Maybe too many things. We seemed to share common experiences with pain and suffering. We both were traumatized in our childhoods by abuse, low self-esteem, and insecurities. I’m Catholic. Even dating a former polygamist was so far out of my range I didn’t consider it a possibility. Religiously and morally I know it’s wrong to engage in an affair. It’s something that we talk about openly in Church. Temptation, the devil, lust, self-serving us into situations we are supposed to fight against. But love. Love just takes over your head and your heart. Next thing you know you surrender and you are in so deep you don’t want it to end. That’s what happened to me. I can only speak from my experiences with her. I didn’t know what I was getting myself into. I found out within a few days this wasn’t going to be a normal friendship.

What I found was a beautiful woman who had big dreams and hopes that were slowly dying. One day at a time she was losing herself. Losing what she fought so hard for. And what she told me early on was things were not at all what they seem to be. I thought she was a happily married woman with a strong sense of family. At least one of those was right. And it wasn’t the first one. Within the first day of us talking she started to confide in me of how things had been going. It was really sad.

I wish I had never met her. I wish this never happened. Loving her was the best feeling I had ever felt before. It was magic. It meant the world to me and I did everything I could to keep us together. Until it had definitively ended. Then I walked away. And I never looked back. There was nothing there for me to go back to. She made her choice, I made mine. And it ended as quickly as it began. One day I woke up and she was in my life. The next, she was gone. Yet not gone because the tabloids and tv made sure of that. A constant reminder she was still out there somewhere and not with me anymore. Do you know how hard that is to live your life knowing the one person you love more than anything is just a few blocks away? It’s torture. I moved back to Chicago as soon as I could. I had to. I couldn’t live that close to her anymore. It was too hard.

I will do my best to explain from my perspective on what happened. I’m going to name names and tell my truth. This is not a tell all book. It’s a love story. It’s my love story with Meri Brown from Sister Wives.

I still can’t believe I’m saying that. So here we go. 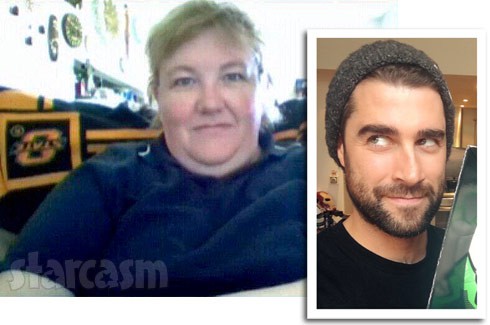 And here’s the second blog entry, of page two of chapter one:

Everyone seems to think that I met Meri on Twitter in March of 2015. That’s not true. We had met a lot sooner than that and had a few casual conversations. Nothing serious. I have seen 2 seasons of the show but not all of the episodes. I was familiar with the basic concept but wouldn’t consider myself a fan. I didn’t know everyone’s names, didn’t know they had lived outside of Las Vegas and wasn’t really sure how many kids there were.  I recorded most of the episodes and on my off weekends when I had time to get stuff off of my DVR, I would sit down for a tv binge. If the episode was boring I would chuck it. And most of them were the same thing over and over again. I admit I thought Meri was the most beautiful one of the wives. There’s just something very attractive about her. That was the extent of it. I didn’t think we would talk beyond a few shared ideas about health and wellness.

On March 1st 2015 was the season finale of her show. I had made a few comments in response to things that were being posted. I didn’t realize it was going to be a big reveal episode. This was the show were the announcement of why she divorced him came up. Later on after we had gotten to know each other better she told me she had to not say a word at all for a long time in order to keep it a big reveal for the show’s audience. She said in that time she had been harassed online, made fun of, tormented, and been called a lot of things. All while keeping quiet. She said it was hard for her to do but she did what needed to be done. The night the show aired I watched and was seeing what else was being said on twitter. She was responding to a lot of people in regards to their questions and finally clearing up the misconceptions that had been going on. I was joking around. I thought it was asinine for people who didn’t even know her to get so upset over things that don’t even concern them. She began to comment back to the jokes or things I had been saying. We spent all night going back and forth. And at the end of the evening she added me on her Twitter. I didn’t even realize it until the next day. After she added me she sent me a couple of private messages, which became our early way to communicate with each other, called Direct Messages. I replied back a few times. I thought to myself, well that was cool and went to bed.

As far as I was concerned that was it. That would be the extent of our communication. I didn’t realize the next morning she would continue to contact me. She wished me a happy birthday, it was my 42nd birthday that day. I told her I thought she was intriguing and again left it at that. I didn’t get back to her until I was home from work that night. She had messaged me a few more times. I finally got time to sit down and read them. I started answering her comments. All of this was in private D.M. but are now posted on my blog. We just made chit-chat back and forth. Talked about life, talked about silly things. We continued to make each other laugh. And we started to get to know each other better. She started to ask me questions about my life. Wanted to know why I didn’t have a lady. I explained that I had gotten out of a really bad relationship a few months before and was not looking for anything. I even asked her advice on women, what their real wants and needs are in life. What about happiness and how to balance everything. She gave me some great advice. As the night went on I lost all track of time. I was supposed to meet my best friend Lindsay and a few of my friends at a restaurant that night to celebrate my birthday. She called and texted and I ignored it. I finally sent her a text and said I’m not coming, sorry. Which pissed her off but she said she would take my cake and throw it on my doorstep on her way home that night. She likes to kid around a lot.

Meri and I talked all night long. As the night turned into the next day I joked around with her saying you should call and wish me happy birthday. We had just had a really intense conversation about life and I was only half serious. She told me in my time zone it was no longer my birthday. I replied it’s still my birthday in Hawaii. I gave her my cell number, thanked her for a great chat and said good night. By this time it was 2:20am. Ten minutes later at 2:31am she called me. The very first thing I said to her was Look at you calling a complete stranger off of twitter. We both laughed and she was soft-spoken and shy. I then asked her why did she have to be married, she was perfect for me. She gasped. I heard it. It was the first time I had taken her breath away. She told me later no one had ever done that to her before, said something so romantic to her that literally took her breath away. I was flirting with a woman who I had no business talking to like that. We talked for 4 minutes and politely got off the phone.

Again I thought to myself, well now that’s it. We won’t talk anymore. She was just being nice to me and wanted to wish me a happy birthday. How cool is that then I went to bed. The next morning I was dragging at work. Meri began texting me on my cellphone. We talked more on the phone that day. An hour each time. Still laughing, still flirting a little with each other. Nothing serious. But there was definitely something beginning between us. I thought she would make an excellent new friend. Someone that is so far away from my religious beliefs, that she would be very good to learn from. I love the study of theology. I have spent decades of my life learning different religions and cultures. I have devoured as many books as I can find on religion, spirituality, and God. It is my favorite genre of books. I’m an avid reader I don’t sleep very much so reading becomes my coping mechanism at night to get myself tired enough to sleep.

Meri has made no comment or mention of the excerpts from the book.

Regardless of the evidence “Sam” has posted to her/his blog, Meri maintains she never met this person face to face.

The family is currently focused on the arrival of the 18th Brown baby, a girl, who is set to arrive any day now.