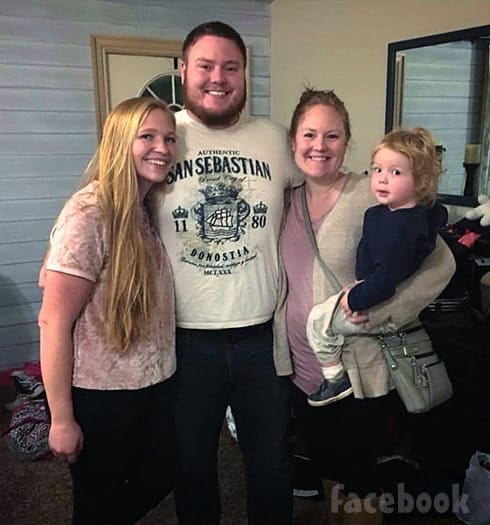 When you have a historically polygamous religion that is also historically connected to a specific geographical region, then it makes sense that there would often be overlap between families. That is exactly the case with TLC’s two current plural marriage reality shows as Sister Wives daughter Aspyn Brown recently became engaged to Mitch Thompson, the brother of Seeking Sister Wives star Vanessa Alldredge! (That is them together in the photo above.)

The Thompson and Brown families belong to the same church, something Aspyn talked about when explaining how she met Mitch. “We were raised in the same church group, and I had a little crush on him,” Aspyn said. “We went different directions until a rally some of my family attended in Utah, where we both happened to be. My dad’s brother asked what ever happened between us, which was nothing, because neither of us did anything about it. So I decided to call him.”

The church that both families belong to is the Apostolic United Brethren or the AUB. (The church is often referred to by members as “The Work,” “The Priesthood,” or “The Group.”) The AUB is also connected to TLC’s canceled plural marriage series My Five Wives — and not in a good way.

Brady Williams’ third wife Rosemary shared a blog post in November of 2014 in which she detailed an instance of sexual abuse by her father when she was 12 years old. Her father is AUB leader Lynn A. Thompson. From our previous post about Rosemary’s blog:

“I am not coming forward to get back at my dad or anyone. I have no vendetta against my parents or the group that I grew up in. I still love the good things about my parents and the AUB,” Rosemary said. “This is about advocating for all those girls, boys and women who, either now or in the future, could be taken advantage of by the cloak of silence under which molesters hide.”

She explained that her dad’s inappropriate sexual behavior with her was limited to one incident when he purposefully rubbed her breasts when she was 12. However, she said she’s spoken with another woman who had a similar experience with Thompson, which also damaged that woman’s views “on life, men, and God” and caused her “profound self-worth issues.” 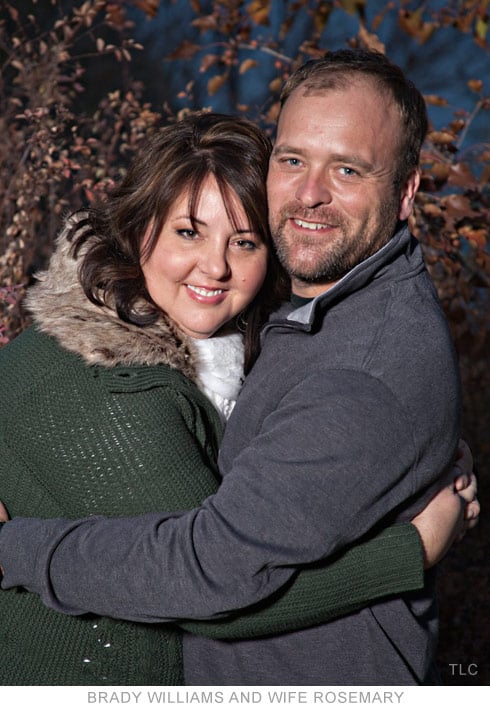 There was an investigation launched, but it doesn’t appear that Thompson was ever officially charged with any crimes. The accusations did cause a rift in the church, however, as detailed in this very exhaustive article. The article also mentions that some church members wanted a “church trial” for Thompson, but God apparently told him not to allow it:

Second Ward members say Lynn and his loyalists on the AUB’s governing council have refused to answer the sex-abuse allegations. Some Pinesdale residents even drafted plans for a church trial. They were told through council members that God told Lynn not to submit to any such proceeding.

You may have noticed that Lynn Thompson and Aspyn’s fiance Mitch Thompson (full name David Mitchell Thompson) share a last name. That is not uncommon at all in LDS churches, but this reddit user seems to believe there is a direct connection:

It has been mentioned that Aspyn’s known her fiance since childhood but here’s what they’re not going into detail here.

Mitch Thompson is the likely son or grandson of Lynn Anderson Thompson, the current prophet of the AUB sect that the Browns belong to (another possibility is that he is the grandson of Lynn’s half-brother Joseph Blaine Thompson, but I lean towards Lynn). Lynn Thompson’s wives include Donna Beth Allred Jessop and Rhoda Mills Allred (Rhoda is Christine Brown’s half-aunt as the half-sister to Christine’s father). I’m unclear on who some other wives might be but it’s highly likely that Aspyn and her fiance are cousins. Donna Beth Allred Jessop is the daughter of Joseph Lyman Jessop and Beth Allred, the sister of Christine’s grandfather Rulon Allred. This also means that Mitch’s sister or aunt is Rosemary Jessop Thompson Williams from My Five Wives.

I don’t know much about Mitch, like whether he is still in the religion or not, so I can’t say whether I think this is a signal or not of whether Aspyn intends to remain in the religion and possibly practice plural marriage at some point. Time will tell.

Speaking of not many degrees of separation among fundamentalist LDS church members, you may recall that Kody’s second wife Jenelle was married to Meri’s brother Adam Barber before Kody.

Wow. I totally didn’t expect this post to go on and on like that! It was just supposed to be a brief “Did you know?” kind of thing about a connection between the Brown and Alldredge families! The internet can really suck you in sometimes. 🙂 Let me bring this back around and wrap it up by once again offering my congratulations to Aspyn and Mitch — they both seem like pretty great people and OF COURSE we wish them all the best! We can’t wait to see their romance play out on new episodes of Sister Wives (and potentially Seeking Sister Wife lol) on TLC.