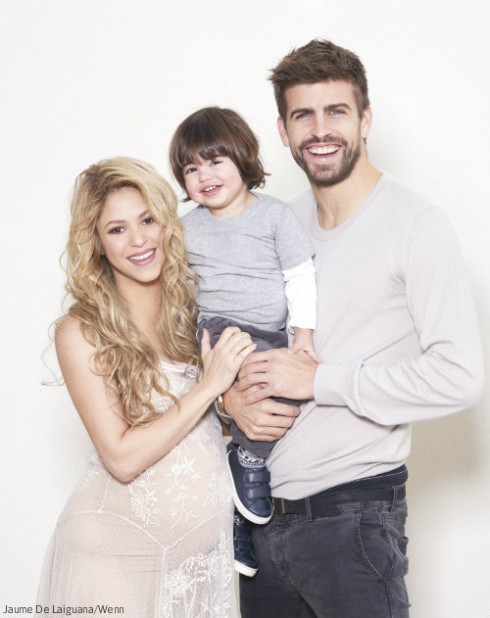 It’s another boy for Shakira and Gerard Piqué! The singer and her soccer star boyfriend welcomed their second son on Thursday, Jan. 29 shortly before 10 p.m. in Barcelona, her website announced today.

The new baby boy is named Sasha Piqué Mebarak, which they said “is of Greek and Russian descent and means ‘defender of mankind’ and ‘warrior.'” (Anyone else just learn Shakira’s last name is Mebarak?) Gerard’s grandfather added to Hello! Daily News, “They’ve told me he looks like Gerard. (Their first son) Milan looked like Shakira when he was born but this one looks more like his father.”

“Every woman who’s expecting has the power to use the blessing of her child’s imminent birth to save the lives of other, less fortunate children around the world. If every expectant mother having a baby shower decided to include among her gift registry some of these ‘inspired gifts’ that Unicef offers, we could collectively save the lives of hundreds of thousands of children all over the globe,” Shakira, the most popular person in the world on Facebook, said on her page. The baby shower is ongoing.

Jude Law is having a baby with ex-girlfriend, singer Cat Cavelli