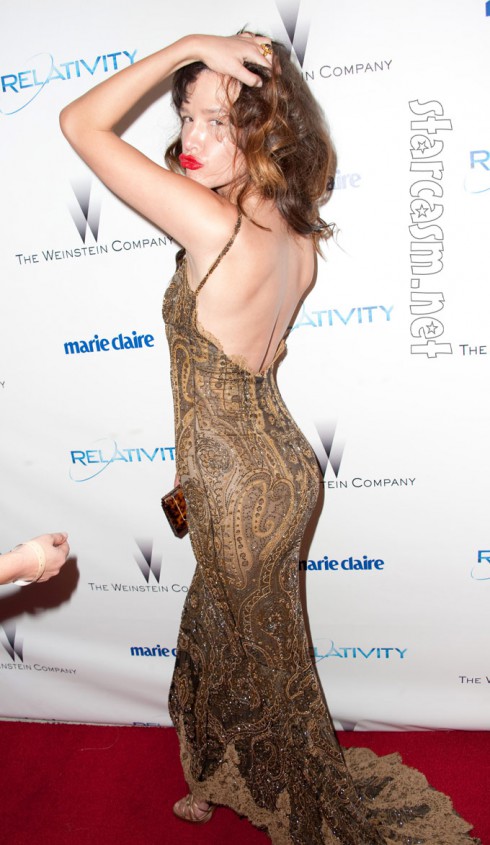 Last night wild girl Paz de la Huerta partied a little too hard last night at a Golden Globes after-party. Her HBO show Boardwalk Empire won big that night with best drama series and best actor for Steve Buscemi, but the young starlet (, drank so much that she could barely walk, fell down, and flashed a boob.

Even in this delirious state, she still managed to sign an autograph and answer a question from the paps about Ricky Gervais‘ acerbic performance hosting the Globes this year. When they inquired if she thought he was funny or mean, she replied immediately: “Funny!” and then got poured into a cab.