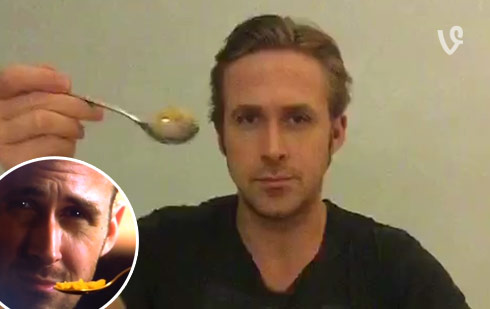 Ryan McHenry gained instant internet fame when he started his “Ryan Gosling Won’t Eat His Cereal” series of Vines in May, 2013. Sadly he passed away on Sunday at the age of 27 after a 2-year battle with bone cancer.

Last night Ryan Gosling paid tribute to McHenry by posting a Vine of his own in which he finally ate his breakfast goodies. It was a perfectly thoughtful way to honor McHenry – check it out!

In addition to the Vine, the usually private actor tweeted out a message to McHenry’s family and friends:

“My heart goes out to all of Ryan McHenry’s family and friends. Feel very lucky to have been a part of his life in some small way.”

RIP Ryan McHenry and kudos to Ryan Gosling for the gracious goodbye.