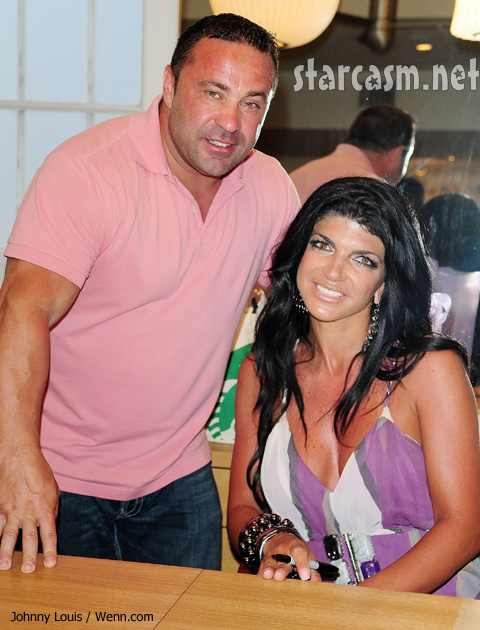 Real Housewives of New Jersey househusband Giuseppe “Joe” Giudice is in trouble yet again. Adding to a list of brushes with the law that includes a DWI arrest, forgery, concealing assets, and a bar brawl in the Dominican Republic, Joe was arrested Friday for creating a fake driver’s license! The bust took place at his Towaco, New Jersey home and was conducted by the Passaic County Prosecutor’s Financial Crimes Unit, assisted by Montville police. 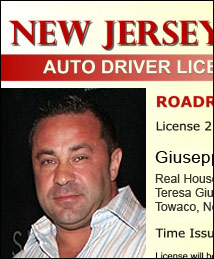 Teresa Giudice’s husband now faces charges of forgery and “wrongfully using the identifying information of another” for allegedly using his brother’s information to create a new driver’s license at the New Jersey Department of Motor Vehicles. As you might have guessed, his previously mentioned DWI arrest resulted in a suspended license so this must have been Big Joe’s creative solution.

According to the Baltimore Sun Joe faces up to ten years in prison if convicted.

RadarOnline.com has additional information from the arrest, including a statement from Chief Assistant Prosecutor Jay W. McCann which said, “Mr. Giudice was arrested at his home earlier today (Friday) as the result of an investigation this office did with assistance from the state Motor Vechicle Office.”

The site claims “prosecutors will claim Guidice used his brother’s marriage license and birth certificate to obtain the forged license.”

They also looked up the exact charges and the maximum penalties:

VIDEO Stephanie Pratt’s boyfriend dragged out of his Ferrari, roughed up by police