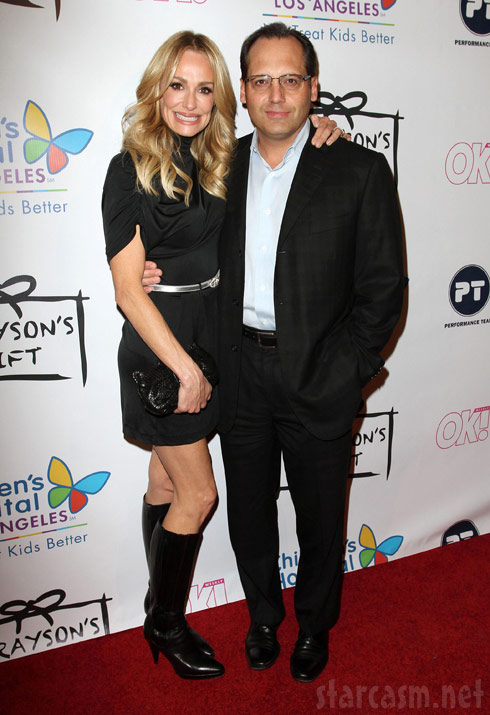 In a previous post I talked about Real Housewives of Beverly Hills‘ Russell Armstrong’s felony conviction for tax evasion, but that isn’t the only time Taylor Armstrong’s husband has had a run-in with the law! I’ve tracked down two different lawsuits filed against Armstrong for various alleged financial misdeeds and summarized them for you.

According to court documents, Corino alleges Russell Armstrong sold her $175,000 worth of stock in Workseek.com based on Armstrong’s knowledge that the company was going to be merging with Sunburst Acquisitions III, Inc., of which Armstrong was the largest shareholder. The stock was purchased on February 24, 2000 but the merger would eventually fail as would Workseek.com.

Corino claims Armstrong knew the merger was going to fail as early as January 13, 2000 and there must have been some truth to her claims because the two parties would eventually avoid trial and reach a settlement on November 4, 2002. From court documents:

In doing so the parties executed a Stipulation for Enry of Judgment, the terms of which required Armstrong to pay Corino in installment payments in lieu of judgment. The parties additionally agreed that in the event of default, Judgment would be entered against Armstrong, and that such Judgment would be deemed to be on the cause of action for fraud, and would not be dischargeable in any Bankruptcy proceeding that might be filed by Armstrong at any time.

Russell Armstrong did fail to make the payments and a notice of entry of judgment was filed on August 5, 2003. Corino filed again in February 16, 2006 asking that she be awarded damages equal to the indebtedness, plus prejudgment interest, attorneys fees and “such other relief as the Court may deem just and proper.”

I do not know the final outcome of the suit, but the case number is LA 05-48109 ER if there’s anyone out there who knows how to find out. You can CLICK HERE to download a PDF of the 2006 filing that details the previous suit and settlement.

****It should be noted that the bankruptcy clause is important because according to TMZ, “Russell Armstrong filed for Chapter 7 bankruptcy back in October of ’05, this according to docs filed in U.S. Bankruptcy Court and obtained by TMZ. The problem was simple … Armstrong, an investor, said he had less than $50,000 in assets and debt somewhere between 1 and 10 million bucks.” 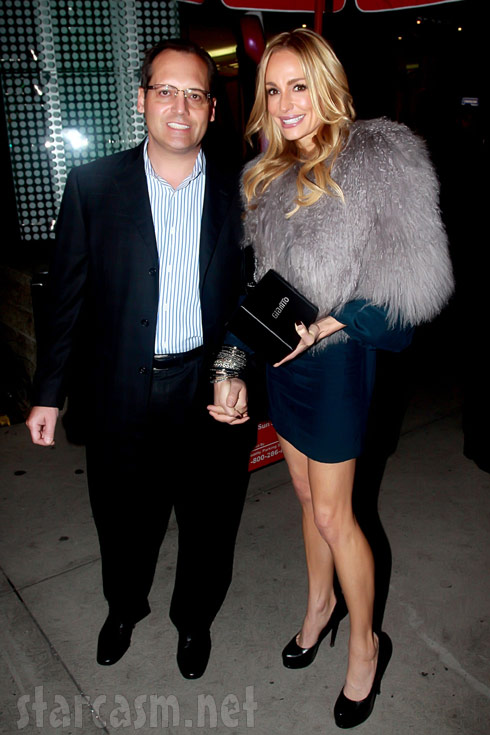 On March 24, 2003 Russell Armstrong was named in a lawsuit filed by plaintiffs OVS, Inc. and Churchill Reinsurance, Ltd. that claims he and his co-defendants were guilty of securities fraud, misrepresentation, constructive fraud/breach of fiduciary duty, imposition of constructive trust, RICO, unfair business practices, fraudulent conveyance and civil conspiracy.

Charged along with Armstrong, who was identified in the suit as owner or controller of Armstrong Family Trust which was formerly known as or otherwise related to Brentwood Family Trust / Brentwood Medical Trust, are individuals David F. Firestone, Manuel P. Glaze, Tigno Onggara, Jacques Chen, Andy Dube and Mohammed Hadid.

In December of 2000 Tony Vinatieri, an authorized agent of plaintiffs OVS, Inc. (“OVS”) and Churchill Reinsurance, Ltd. (“Churchill”), met with Russell Armstrong. From the court documents:

Armstrong represented to Vinatieri that he was the President of highly successful venture capital funds called Century Financial Advisors and Century Financial Partners. Armstrong stated that he was in the process of forming a hedge fund that would focus on making private investments in public companies (sometimes known as “PIPE” investments) whereby the hedge fund would make short term loans to small publicly traded corporations in exchange for notes plus freely tradable shares of the borrower. Vinatieri expressed interest in participating in the hedge fund.

Shortly thereafter Armstrong provided Vinatieri with information about investing in Brighton Fund. When Vinatieri inquired as to why Armstrong was not listed as a partner or manager on the Brighton Fund documents, Armstrong stated that he had brought in a prominent hedge fund manager named David Firestone to act as the fund’s investment advisor and Andy Dube to act as administrator. On information and beliefe, Armstrong’s statements about Firestone were false. Unknown to plaintiffs and Vinatieri, the true facts were that Firestone and Dube were existing employees/associates of Century Financial Advisors and/or Century Financial Partners who had little or no prior experience running a hedge fund and Firestone was listed as the investment advisor for Brighton Fund because Armstrong was a convicted felon who was barred from having an investment advisor’s license.

Churchill and OVS would invest a total of $1 million which was allegedly spent on investments in shell corporations set up by the defendants, made up fees, lavish trips and other fraudulent expenditures. All the while, the plaintiffs say the “Brighton Fund’s books and records were falsified to reflect he value of its holdings at artificially inflated prices for the purpose of concealing the defendant’s misconduct.”

I’m not certain what the outcome of the lawsuit was either. HERE is a link to the court documents so if anyone out there knows how to research it further to find out if the two parties reached a settlement let us know in the comment section below or email me at starcasmtips (at) yahoo.com.

UPDATE – Russell Armstrong was found dead on Monday, August 15, 2011 from an apparent suicide by hanging. He was discovered in the bedroom of a friend’s house on Mulholland Drive where he was staying and was reportedly inundated with debt and struggling with his recent split and pending divorce from Taylor.