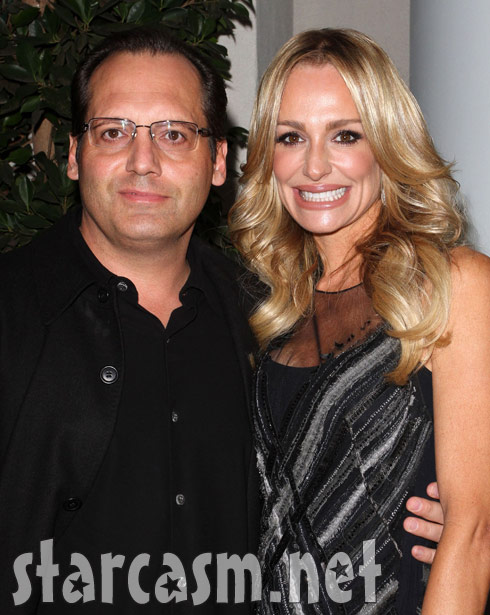 We all knew that the Real Housewives of Beverly Hills‘ Russell Armstrong is guilty of being a bit boring and his toasts are nothing short of criminal, but you might be surprised to know that Russell is guilty of breaking the law as well and is a convicted felon!

Prior to marrying Taylor Armstrong (who goes by the aliases Shana Hughes, Shana Taylor, Taylor Ford and Taylor Ford-Armstrong) Russell ran afoul of the I.R.S. and was charged with evasion of assessment. On October 15, 1995 Russell Lynn Armstrong pled guilty to the felony charge. On May 5, 1997 Armstrong was sentenced to five years of probation. From the court documents:

The special conditions of supervision included 150 hours of community service, to be completed within the first two years of probation, and disclosure of personal and business financial records to the probation officer.

His probation was terminated early on October 6, 2000.

I’m not well-versed in legalese so I’m not sure what it means that he pled guilty in October of 1995 and wasn’t sentenced to probation until May 5 of 1997. Does that mean he served time in prison? The documents say there was a waiver of indictment on the same date in 1995 – does that mean there was basically a continuance before Armstrong’s sentence of probation was handed down?

Here’s a link to a PDF file of the document.

UPDATE – I’ve added another post that includes two lawsuits filed against Russell Armstrong in 2001 and 2003 for fraud, negligent misrepresentation, breach of fiduciary duty and more!

UPDATE – Russell Armstrong was found dead on Monday, August 15, 2011 from an apparent suicide by hanging. He was discovered in the bedroom of a friend’s house on Mulholland Drive where he was staying and was reportedly inundated with debt and struggling with his recent split and pending divorce from Taylor.