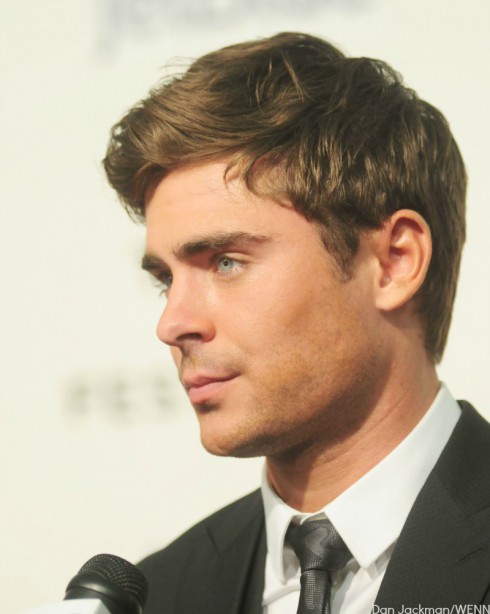 High School Musical‘s Zac Efron is now “healthy, happy and not drinking,” which is great to hear — even though we never knew he needed to sober up!

“Now that Zac’s stint in rehab is done, the source tells me that he’s not drinking any more and he’s feeling healthy and happy,” E! News‘ Marc Malkin said, confirming the rehab stay was related to alcohol addiction.

The report has since been repeated by USA Today and TMZ, even though the latter admitted they were surprised by the rumors.

“The former High School Musical star never really seemed like a rager … in fact, the last time we spotted him out at the bar scene was back in 2011,” TMZ reported, adding that Zac’s representative hasn’t responded to requests for confirmation.

UPDATE – Zac’s rep hasn’t responded to TMZ’s requests, but apparently some other sources have because the site is now reporting that Zac Efron was in rehab for a serious cocaine addiction! Zac allegedly missed numerous days of filming while working on Seth Rogen’s movie Neighbors in April. “It was common knowledge he was struggling with cocaine,” a source associated with the movie tells TMZ.

Sources are also saying Zac “dabbled in Molly — a pure form of Ecstasy.”

Since he allegedly completed treatment earlier this year, Zac has turned his attention to his career, which continues to thrive after he made the tough transition from teen heartthrob to legitimate adult acting roles.

“He’s taking time to focus on working,” the source said of Zac, who recently appeared at the Toronto Film Festival premiere of his new movie, Parkland.