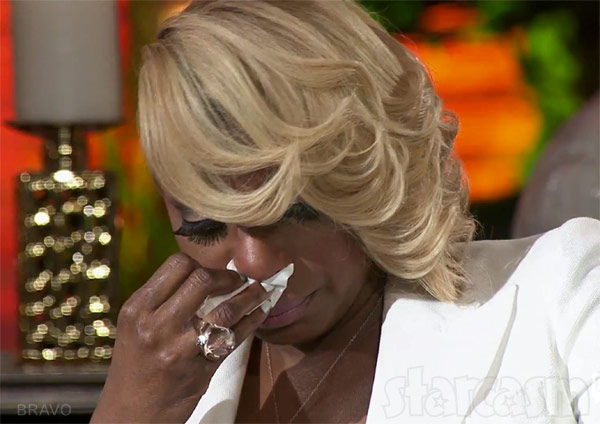 The Real Housewives of Atlanta‘s NeNe Leakes shocked viewers (and her co-stars) when she had an emotional breakdown on the Season 7 Reunion stemming from issues with her mother, who was unable to take care of all five of her children and sent NeNe to live with her aunt. Some fans speculated that the emotional scene from the now-seasoned actress was all just for the cameras, and now those claims are being backed up by a celebrity bodyguard who was present at the taping!

Mark Behar, who has performed bodyguard duty for the likes of Kim Kardashian, Eminem, Keyshia Cole, Britney Spears, and Christina Aguilera, spoke with Mr. Housewife about NeNe’s dramatic emotional collapse. “NeNe scripted the whole breakdown and it was fake,” he says. 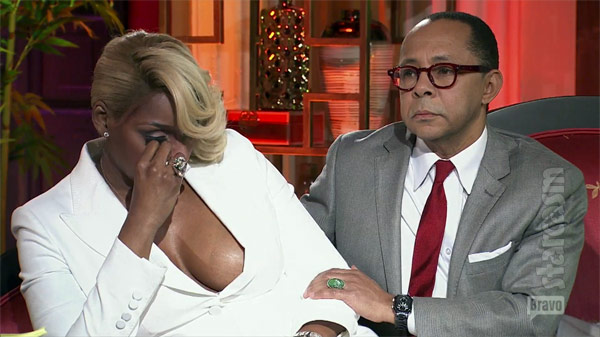 So what about the doctor who was present, and what was NeNe’s motivation for staging such an elaborate and vulnerable scene? “She scripted this with her ‘fake for TV’ doctor,” Behar says, “so that she can slide out of the next season of Real Housewives of Atlanta and so that she can do her new show with Kim Zolciak and her business deal with Kim Kardashian.”

Hmmmm… Do you think maybe Kandi was thinking the same thing and that’s why she seemed so reluctant to rush to NeNe’s side to show support? “One moment she was talking,” Kandi told OK after the taping. “Then Porsha [Williams] started talking about something, and me and Porsha were going back and forth a little bit about something else. But [NeNe] was kind of tearing up to the side. Then all of a sudden, she really started breaking down, so I didn’t know what exactly she was crying about.”

As far as why she didn’t join the NeNe flash support group, Kandi says, “I had multiple thoughts going on in my head. First of all, we had been arguing the whole reunion, from the beginning of the time of us sitting there until the middle point. So I’m like, ‘She’s not going to want me over there consoling her. She’s been arguing with me most of the day.’”

NeNe previously addressed the fake breakdown rumors on her blog. “My breakdown didn’t just come out of nowhere like some would like for you to think!,” NeNe wrote. “It took courage and strength for me to drop my walls in front of women who had said the most ugliest things about me all season!”

So what do you think? Was NeNe genuinely emotionally distraught during the Reunion, or merely demonstrating once again why she is the greatest of the Real Housewives OGs? (Or perhaps a mixture of both?)

Here’s the emotional scene in case you needed to see it again:

Why does Kim Zolciak wear a wig? She blames anemia, thyroid condition for hair loss / wig use