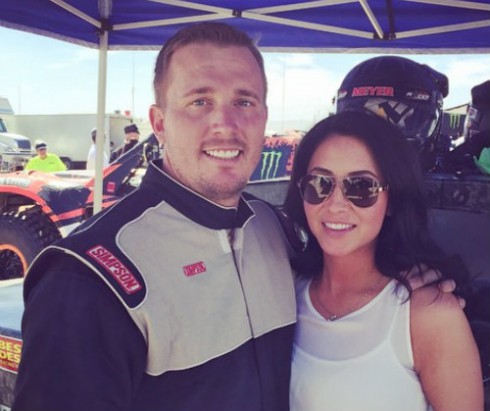 Less than a week before they were to marry in Kentucky, Bristol Palin and Dakota Meyer have called off their wedding — although it’s still unclear whether they reached the decision together.

They have informed loved ones that unfortunately the announced celebration planned for May 23 will not be held. Many friends and family still look forward to getting together that day in Kentucky anyway – and the Palins and Meyers are happily looking forward to still being at “the old Kentucky home” on May 23 to celebrate life, in general! Family members and close friends know they are welcome to share a great bar-b-que on the farm that day.

The announcement comes on the heels of reports that Dakota, a Medal of Honor recipient, was “secretly” married: Radar Online obtained his 2008 marriage certificate with Michigan woman Cassandra Wain last week, but the website suggested Dakota and Cassandra may still be married because “information about the marriage is sealed, making it impossible to determine the current status of their union.”

After the story was published, a friend of Cassandra’s said in a Facebook comment on Dakota’s profile there was “no scandal, no abuse, no nothing” that caused their marriage to end — but she scolded him for “trying to hide” his first union.

“She doesn’t want the spotlight like you do,” the friend told Dakota. “She wants to move on and you aren’t letting her. The last time you contacted her was in October of 2014…..leave her alone and let it go.”

His lawyer later said the young couple divorced in 2010. However, it doesn’t seem all problems were solved, because Bristol’s representative told The Daily Mail last week it was the first time he heard of Dakota’s past marriage.

In further comment on her mom’s Facebook page, Bristol said the stories about Dakota’s first marriage aren’t what caused them to call off the wedding.

“Regarding salacious headlines in recent days about ‘secret wives,’ Dakota and I discussed our past relationships prior to our engagement. Dakota was legally divorced years ago, as any good reporter could and should have disclosed to readers,” the 24-year-old mom said. “As usual, false stories and dramatically written headlines begging controversy should be disregarded, and we have faith that our privacy will be respected at this time by those with decency.”

Some people are pointing out that Bristol isn’t wearing a ring in recent pictures, likely referencing one she posted with Sarah on Mother’s Day. However, that picture was actually taken months before she was engaged. Although there’s no word on whether the wedding will be rescheduled for a later date, Sarah’s photo quote makes it sound more like a postponement than a cancellation.