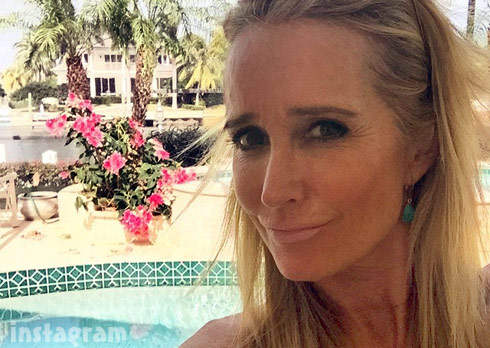 It’s been less than two weeks since The Real Housewives of Beverly Hills star Kim Richards allegedly kicked a police officer while being arrested for public drunkenness after an incident at the Polo Lounge in the Beverly Hills Hotel. Since that time concerns over Kim Richards’ sobriety have been making headlines, including an appearance on Dr. Phil during which Kim stormed out “yelling and cursing” after stating, “Is this an intervention? I’m sorry, I can’t.”

It seems Kim was finally able to face her problems as TMZ is reporting the 50-year-old reality star decided “on her own” to check into a rehab facility.

Sources familiar with the situation tell TMZ, Kim is in a live-in facility in Malibu which specializes in substance abuse. We’re told she made the decision after consulting with family.

So far there has been no confirmation or words of encouragement from Kim’s family or co-stars on social media, but given TMZ’s tight connection to the Richards family, I think we can be confident that Kim is indeed in rehab and getting the help that she needs.