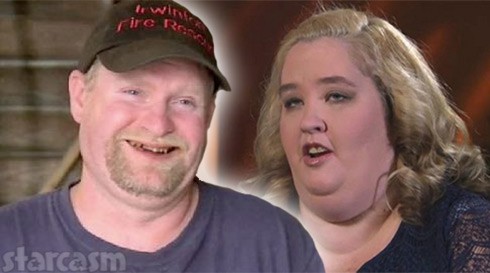 “Mama June says she’s found naked selfies from guys on his phone and messages from male prostitutes saying Sugar Bear owes them money for their services,” a network insider told Life & Style, adding Mike hasn’t admitted to anything. “He denies it every time June confronts him.”

June announced her separation from Mike last September amidst reports he was pursing other women on a dating website. In January, after her own dating scandal exploded and led to the cancellation of Here Comes Honey Boo Boo, June said she and Mike were meeting with producers to discuss participating in a couples-oriented reality show. At the time, she didn’t make any mention of his chats with men.

“I think he made his own choice, and his own bed, that he wanted to be single. You’re talking to the girls still after I done gave you a chance,” June told TMZ in January. “I let you back in my home to work on your family that you wanted back. And you’re still talking to girls and coding ’em in your phone as your ex-boss. You know how men do it? Men are sneaky as hell.”

Marriage Boot Camp is reportedly in production. The insider said the fighting between June and Mike “will be a nightmare” on set.