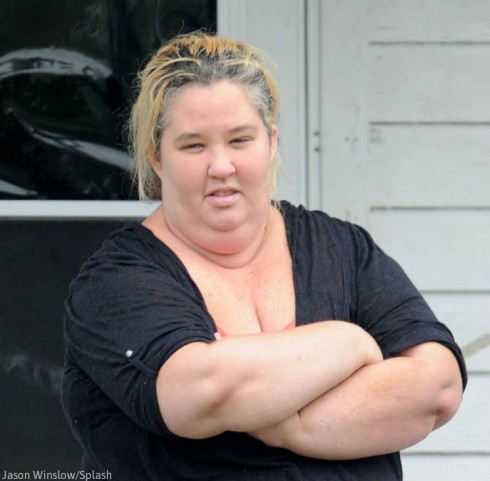 Mama June will be the first to attempt to “set the record straight” about the nature of her current relationship with registered sex offender Mark McDaniel in an exclusive interview on E! News tonight.

“The whole truth will come out on my side,” June said in a statement announcing the interview. “The protection of my kids is number one priority.”

According to E! News, June will also talk about how the situation has affected her relationship with her oldest daughter, Anna Cardwell… However, Anna spoke for herself in an exclusive interview with Entertainment Tonight and reaffirmed that June never believed Mark molested Anna.

“She never said, ‘Hey Anna, I’m sorry for not believing you and I still don’t believe you to this day,'” Anna said, adding she feels her mom picked a relationship with a child molester over a relationship with Anna. “It’s Mama’s fault. She has to live with it. She has brung the past back and now she can’t get it away. I’m mad. I’m upset. I feel betrayed. I feel very hurt. That’s the main thing that I am — I feel very hurt that Mama let him come around.”

Anna explained that June even admitted to seeing Mark again, after initially denying the romance.

According to the police report from the original crime, Mark fondled Anna in the presence of her younger sister, Lauryn. However, the Dekalb County Sheriff’s Office said Mark is now in “total compliance” with the law and is allowed to be around June’s younger daughters.