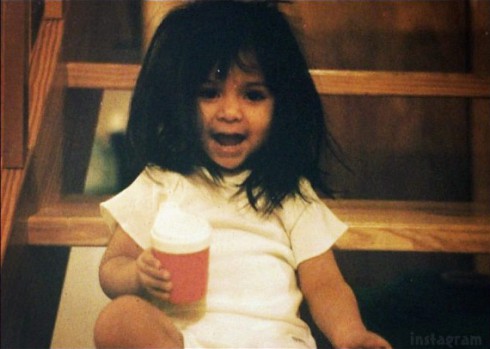 Looooooong before Nicole “Snooki” Polizzi was a party hard no underwears chronic UTI sufferer on Jersey Shore, she was just a cute little girl living in Marlboro, New York. Perhaps because she recently became a mother herself, the 24-year-old reality star decided to share a childhood photo of herself (above) with her Twitter followers yesterday along with the tweet, “My crazy ass as a kid.”

Awwwwww! Look at the little meatball! I think I will nickname her Chef Girl Partee. (That is some serious clubbin’ hair right there! And dare I ask what’s in that sippy cup?!?) Don’t see the resemblance? Here, let me run the photo through my “Snookify Me” app… 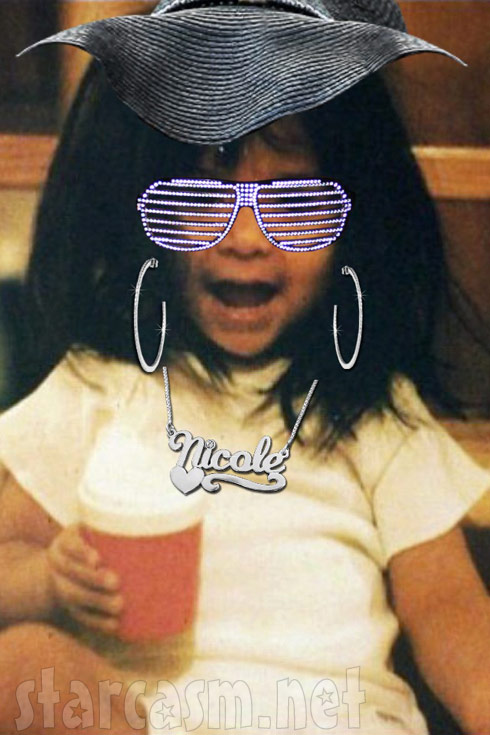 I don’t know about you, but I think lil Snooki and lil Pauly D would have made a perfect lil couple. (Click the link for toddler Pauly D, already packin’ the swagger.)