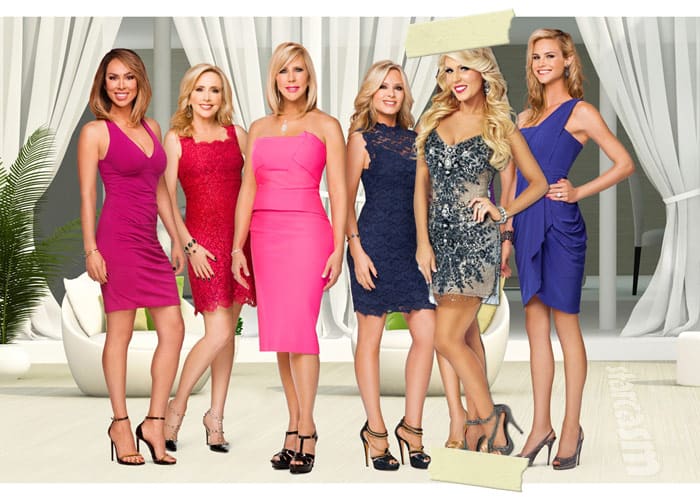 Bravo’s revolving door on The Real Housewives of Orange County casting continues to spin as another alum is reportedly set to return next season. Actually, it might be more appropriate to say that an alum is set to return again, as this will be his third time on the show.

Of course I’m talking about OC OG Slade Smiley and his still fianée Gretchen Rossi. “Gretchen will be returning to spice up Season 12,” a source reveals to All About the Tea. “She has filmed several scenes with Vicki Gunvalson, and Vicki is pushing for her return.”

Although completely inconceivable while Gretchen was on the show, it does appear as though she and former nemesis Vicki have buried the hatchet and become pals. Gretchen was in attendance (along with RHOC stars Kelly Dodd and Jeana Keough) at a party celebrating Vicki’s Amaré magazine cover back in February. 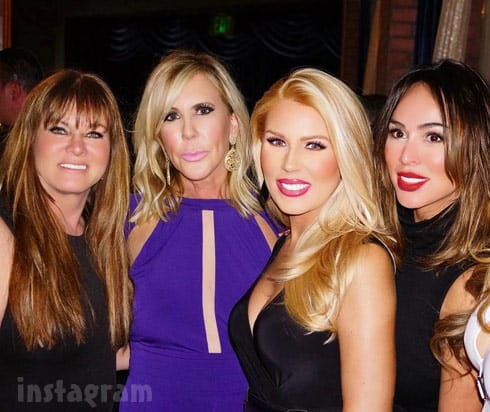 “About Last night…” Gretchen began the caption for the group photo above, “supporting @vickigunvalson with all these sweet ladies (missing you @lizzierovsek)……Congrats Vicki on your beautiful magazine cover with @amaremagazine .. What a great party George and Peter..thank you ?? @jeana.keough @rhoc_kellyddodd #GetGlamwithGretchen #RHOC #BravoTv”

Gretchen mentions missing former co-star Lizzie Rovsek, but that may be something she — and fans of RHOC — might not be doing for long. According to AATT, Lizzie Rovsek has also been filming for the show. Now, if we can just figure out where Alexis Bellino has disappeared to… #JesusBarbieForever

Just in case you haven’t been keeping up with Gretchen, she suffered a frightening back injury a couple years ago that left her unable to lift even the lightest of objects. Just recently she has been sharing videos and photos of herself back in the gym, and she posted this lengthy update to her fans about the healing process:

As many of you know I suffered from a debilitating back injury 2yrs ago. I was unable to walk for close to a month. I herniated two discs and had spinal stenosis down both legs. It was the scariest and most depressing injury, and I had to stop working out because the pain was unbearable. I was not able to lift anything (not even my dogs) without being in pain for weeks. Two yrs later after tons of therapy and chiropractors…I found this amazing Trainer Shawn (thanks to @jackiemelby) and he has helped me get back in the gym (working out) and feel confident again! As you can see I am starting out slow, but his equipment is top of the line cutting edge for people just like me who have suffered from major injuries. His dedication to his clients is beyond what I have ever seen from any trainer I have ever been with. I feel so blessed to have meet him and that he has taken the time to really retrain my body how to protect itself from injury again. I never thought I would be able to squat weight ever again and just last week I was doing close to 100lbs! My point is you can do anything you put your mind too, and with the right trainers who are qualified to help you overcome your fears. I barely wanted to pick up a weight when I first came in and now he has boosted my confidence to be able to lift more then I ever thought possible. This is to encourage all those out there who have been through something difficult to push through it and know you can and will get better ?? Give Shawn a call @slmgymnewport if you want an incredibly educated & dedicated trainer to take you to the next level. He has a private beautiful facility that you will love! ❤ Thanks again Shawn for being such an incredible and patient trainer ?? #GetGlamwithGretchenontheInside #workingmywayback #gettingstrongagain #sharingmyjourney (More of the full workout on my you tube channel “Gretchen Christine Rossi”)

That is so great to hear! We all know how strenuous those Reunion shows are! (No joke.)

So what do you think about Gretchen’s reported return? Initially I was not a fan of hers, but she quickly became one of my favorites to watch on the show. I’m excited that she is getting another shot — let’s hope she can still deliver her wonderful brand of Gretchentertaining drama!